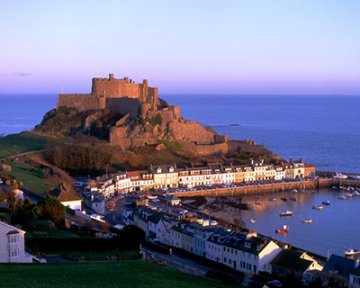 Not long after parliament debated Richard Bacon MP’s no-fault divorce bill for the first time, the Jersey Law Commission has published a report calling for radical reforms – including no-fault divorce.

It also called for the current three-year waiting period to be abolished, paving the way for faster divorces.

The report is evidence that the move towards blame-free separations may be getting underway among Britain’s geographical neighbours as well as in England and Wales.

In Jersey, the largest of the Channel Islands, there is currently no provision for divorce without apportioning blame – as is the case in England and Wales. However, in Jersey, there is no single ground for divorce – the irretrievable breakdown of marriage – that is then supported by one of five facts, as there is in England.

Under Jersey law, there is merely a selection of possible grounds for divorce, which are “a mixture of old grounds, some dating back from the enactment of the Law in 1949 and some more recent in origin. There are grounds based on fault and grounds based on separation.”

Interestingly, the report discusses the failed attempts that England made in 1996 to adopt no-fault divorce via the Family Law Act 1996, and acknowledges that things may be a little easier for them across the water:

In Jersey, there may be fewer obstacles to law reform in the family law arena and it may be that with well thought through proposals, the law relating to the dissolution of marriage (and civil partnerships) and the provision of financial remedies can be brought up to date without the opposition that beset the passage of the 1996 Act in England and Wales.

The report also makes a number of other recommendations. They propose that:

Advocate Barbara Corbett, who lead the project, told the BBC:

If a couple agree that their marriage is at an end they should be able to apply jointly for a divorce. There should be no need for court proceedings.

According to the report, between 240 and 260 couples petition for divorce in Jersey every year.

The Jersey Law Commission is “an independent body set up by the States of Jersey in 1996 to identify and examine aspects of law with a view to their development and reform”, according to its website.

The report can be read in full here. It makes for an interesting read, especially for comparative purposes with English divorce law.

Sharland v Sharland: a closer look
This site uses cookies. Find out more. Continued use of this site is deemed as consent.   CLOSE ✖