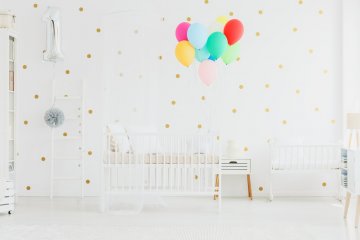 A Japanese millionaire was last week awarded sole parental rights to 13 children he fathered through surrogacy in Thailand.

Mitsutoki Shigeta, who is now 28, first made international headlines in 2014 when nine infants between two weeks and two years old were found in a luxury unfurnished Bangkok apartment, under the 24 hour care of seven nannies. DNA tests proved he was their biological father. They were taken into care, along with another four infants also found to have been fathered by him.

The case drew ire from campaigners who demanded more strict regulation of surrogacy in Thailand. When the case first came to light, the “rent-a-womb” industry in the country was almost entirely unregulated, protecting neither surrogate nor parent. Shigeta was easily able to hire nine surrogates for between $9,300 and $12,500 each. In apparent direct response to the case, deemed the “baby-factory scandal,” The Protection for Children Born through Assisted Reproductive Technologies Act (ART Art) was passed in 2015, which closed access to commercial surrogacy in Thailand to foreigners. Cambodia then passed their own version of the legislation in 2016 after foreigners started to hire surrogates there instead, prompting fears of the exploitation of vulnerable women. Recently, campaigners have been concerned that the industry has migrated to nearby poorer Laos, where there are no such restrictions on the practice.

Shigeta fathered 17 children in total via surrogacy in Thailand. Four of them had been placed directly into his custody and were not part of the court case. His lawyer confirmed he also had 2 children via surrogacy in India. Tabloids in 2014 reported that Shigeta wished to have as many as 100 children and raised human trafficking concerns. Interpol investigated and dismissed this claim in 2014. Shigeta, who appeared in the Bangkok court via video link to argue for his parental rights, said he wanted to have the children because he was “born in a big family.” He wanted a large family of his own to inherit his large fortune – he earns millions a year in dividends from his shares in his father’s company, a Japanese telecom and insurance company.

All 13 children have been cared for by the Thai state since their discovery. Shigeta’s mother, their grandmother, visits them once a month in their government orphanage and Shigeta pays for private English and Japanese tuition for them. Last week, four years after they were taken into care, The Central Juvenile and Family Court declared that “for the happiness and opportunities the 13 children will receive from their biological father – who does not have a history of bad behaviour – the court rules them to be the plaintiff’s legal children.” The ruling means Shigeta can apply for and be awarded custody of the children. The ruling clarified that the decision was made because the children were born before the ART Act was enacted and because the surrogates has each signed away their parental rights.

Shigeta’s lawyer, Kong Suriyamontol, told CNN that Shigeta was “very very happy.” He wants all his children “to grow up together” and is now preparing to move the 13 children involved in the case to join his other children in Japan. The actual transfer in custody will vary from child to child and depend on the “readiness” of the children. Thai officials have visited the children’s proposed homes and are happy with their living arrangements, which include live-in nurses and nannies and is near the international school where Shigeta plans to send them.

Russian court rejects adoption bid of mother accused of being transgender following breast surgery
This site uses cookies. Find out more. Continued use of this site is deemed as consent.   CLOSE ✖