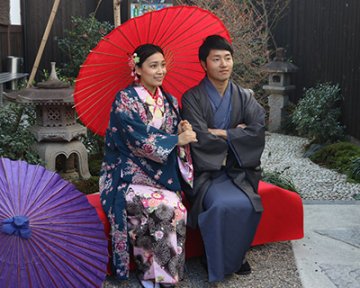 After 55 years, Japan is considering axing its spousal tax breaks in an effort to encourage women into the workplace on a full-time basis.

The ruling Liberal Democratic Party plans to abolish the tax break which was introduced in 1961. Politicians believe that the tax break is outdated and is deterring many people, mainly women, from seeking full-time work. The proposal comes at a time when unemployment levels are at a 21-year low of 3%. However, the government is not content and wants to encourage more women into full-time work.

At present, spouses are given a significant tax break when one partner does not work full-time. The Japanese Times reported the leading story, quoting Liberal Democratic Secretary-General, Toshihiro Nikai, as saying that because more and more households are moving towards a dual-income life, “it is necessary to adjust our tax system in accordance with changing societal landscapes”. The Japanese Times also reported that the plan “dovetails with Prime Minister Shinzo Abe’s “womenomic” policy drive as the population ages and the nation scrambles to draw more women into the work place”.

The current tax break cuts annual taxable income of the household’s main earner by 380,000 yen (£2,700), so long as the other spouse earns less than 1.03m yen (£7,250). Under this system, many wives feel compelled to limit their working hours to avoid letting their income exceed the threshold.

This development in Japan sits within a trend across the western world for women to be encouraged back into the work place on a full-time basis. The UK courts are, more than ever, encouraging women to seek employment rather than rely on maintenance from an ex-spouse.

Jhene Aiko files for divorce
This site uses cookies. Find out more. Continued use of this site is deemed as consent.   CLOSE ✖