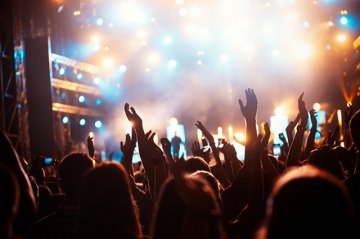 On 1 May 2017, singer Janet Jackson uploaded a video to YouTube announcing that she that she has separated from her husband, multi-millionaire businessman Wissam Al Mana. In the video she confirmed that the couple were “in court" and that "the rest is in God’s hands”. The high profile, high net-worth couple attended a private hearing in the Family Division of the High Court on Thursday 15 June, garnering much media attention. The Richest estimate that Wissam Al Mana is worth $1 billion (around £790 million), while they value Ms Jackson’s net worth at $150 million (around £120 million).

The divorce and financial remedy proceedings are currently only in their early stages, but this could prove to be a very long litigation process that raises some interesting legal arguments. One factor in this divorce which may be a contested point is the parties’ prenuptial agreement. According to Page Six, the prenup states that if the parties stayed married for at least 5 years, Ms Jackson would be entitled to $100 million (around £79 million). The parties announced that they were married in January 2012 and therefore the marriage has endured for over 5 years, meaning this clause has come into effect.

A second factor which will play a significant part in the parties’ financial remedy proceedings is their 6-month-old son, Eissa Al Mana. Ms Jackson gave birth to the parties’ only child on 3 January 2017, only a few months prior to their separation. Page Six went on to report that the parties’ prenup also provide that, should they have a child, the $100 million Ms Jackson is entitled to after 5 years should double to $200 million (around £158 million).

While neither of the parties in these proceedings are originally from the UK, Ms Jackson, an American, and Mr Al Mana, who is Qatari, were both residing in their luxurious matrimonial home in London during their marriage, giving the English courts jurisdiction over the proceedings. Since the Supreme Court’s landmark ruling in Radmacher v Granatino, fairly contracted prenuptial agreements have been given decisive weight in English divorce law, recognising that these agreements allow couples greater control over their marriage and finances. If considered fair, the terms set out in the prenup in this case could therefore wield significant influence over the financial remedy proceedings.

It is not yet clear whether child contact arrangements is likely to be contested area that requires court proceedings but, with Ms Jackson due to begin an international tour this September, Ms Jackson’s unusual schedule could be a point of discussion if so.

In the arena of high net-worth divorce, this case will certainly be closely followed by practicing lawyers in the field, as well as by the global media. Should the parties fail to come to an agreement themselves, a final hearing could raise some very interesting legal arguments, such as the weight that should be given to the prenup and its impact on departing from the presumptive equal sharing principle.

Easter Holidays for Separated Parents
This site uses cookies. Find out more. Continued use of this site is deemed as consent.   CLOSE ✖