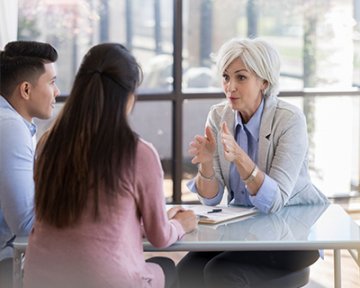 The judgments of Sir James Munby, President of the Family division, in Case N and Case J were read in open court last week, granting a declaration of parentage and parental rights. This comes after IVF clinics failed to check that all forms were filled in correctly prior to the births, which would ensure that the partner of the woman undergoing the treatment would be the second legal parent.

The Human Fertilisation and Embryology Authority (HFEA) have been continuously identifying anomalies in the legislation. As stated by Sir James Munby in Case N:

The judge’s exasperation at the sheer number of cases that have arisen due to the inadequacies of the legislation and the errors of treatment clinics is obvious.

Sir James Munby analysed the 2008 legislation clearly in Re A 2015. S.33 (1) of the statute neatly confirms the woman who carries the embryo is the mother of the child, with all the legal responsibilities that status implies. Where couples undergoing IVF are married, the same legal status is placed on the father (s.35 and 42). For an unmarried couple the legislation is less than transparent, requiring “fatherhood conditions” to be met (s.36-37) or “female parenthood conditions” (s.43-44) for all female same-sex couples undergoing IVF.

In both scenarios the legislation requires the couple to exchange a notice of intention to the other that one party consents to being treated as the father/parent, and the other party consents to that person being treated in that way. The notice must be in writing and signed prior to the commencement of treatment. HFEA determined that such notice should be completed on form WP, “your consent to your partner being the legal parent” and form PP “your consent to being the legal parent.”

Sir James Munby highlighted his annoyance in Re A, and again in Case N, that the consent forms should not be considered as documents which cannot be rectified if an error has occurred. One should be able to “correct” the mistake “if the mistake is obvious on the face of the document and it is plain what is meant.”

In Case N, the applicant is the partner of a woman who underwent IVF treatment in a HFEA regulated clinic. The applicant applied to the court for a declaration in accordance with s.55A of the Family Law Act 1986, and pursuant to s.36 of the 2008 Act, that he is the legal parent of the child born as a result of the treatment. The hearing took place on 27 May 2016.

The applicant signed form PP, but the mother did not sign the corresponding form WP. Both instead signed a form IC (which was a version of the temporary forms issued by HFEA prior to the 2008 legislation coming into affect).

In Case J, the mother had at all times intended to grant parental status to her partner, signing but ticking the wrong box on the form WP. The applicant had completed form PP correctly, and the couple had proceeded to register the birth with the belief that they were both the legal parents.

The issue in both cases can be summarised as follows: “did Y give her consent to X becoming the father of her child?”

The judge unequivocally stated that the answer to this question is “yes”. The form IC signed by the parties in Case N included a note that stated “the centre is not required to obtain a partner’s acknowledgement in order to make the treatment lawful, but…it is advisable in the interests of establishing the legal parenthood of the child.” The mother signing form PP gave her consent to the applicant being treated as the father of the child, and the couple registered the birth under this belief.

Again, in Case J, the judge stated that the mother’s intention was obvious and could easily have been corrected without the need for rectification. A previously signed Form WP by the mother was also missing a tick in the relevant box; the clinic asked her to resign as the date was wrong and failed to check that the box on the new form had been correctly selected.

Therefore in both cases, Sir Munby stated that the fathers were “entitled to the declaration seek.”

Sir James Munby was very critical of IVF treatment clinics that fail to understand the importance and implication of the legal forms they ask patients to sign. He stated that in Case J employees had a “lack of understanding of the critically important legal framework with which it had to comply, and its seemingly lackadaisical failure to ensure proper completion ”. This is reflective of the inadequate administration and management at these clinics, as these mistakes are being repeated.

The judge further went on to state, in Case N, that the clinics appeared unaware of the devastating impact on the parents of being told by the clinic that something had gone wrong and that a father was not the legal parent of the child he had been raising. He stated that the situations call for “empathy, understanding, humanity, compassion and, dare one say it, common decency, never mind sincere and unqualified apology.” However, the response of the clinics in these cases “fell short”, failing to offer any opportunity to discuss the situation in person, or apologise for their error.

The parents were greatly distressed when the error was revealed, but the judge emphasised that that distress was magnified by the clinic’s subsequent delay and obstruction of the process to rectify the situation:

“I have now had the experience of watching too many parents in these cases sitting in court, as they wait, daring to hope for a happy outcome. The strain on them is immense. If the process is delayed because of obstruction on the part of the clinic, that is shocking.”

Going forward, Sir James Munby has stated that clinics should be quicker to provide “full and frank disclosure” of the couple’s files when requested, and stated that there can be no justification for refusing to do so. Supported by the judgment of Pauffley J in F v M and the Herts and Essex Fertility Centre , Sir James Munby stressed that the clinics had a duty of care to the parents they were assisting with fertility treatments.

The judge granted the declarations that the applicants were the legal parent of the child, handing down his judgment on 8 June 2016. In addition, he ordered the clinic to pay the applicant’s costs in full, and the clinics have apologised for their error.

Mamma mia: ex-wife’s alimony is handed over in slices
This site uses cookies. Find out more. Continued use of this site is deemed as consent.   CLOSE ✖