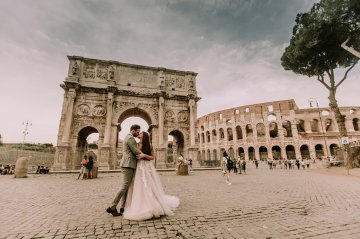 Italy has cut the pre-divorce waiting time from three years to six months, giving a strong indication of the country’s changing social mores. Italy’s approach to marital breakdown has historically been highly conservative, only legalising divorce in 1970. Even after its legalisation the country required a strict waiting period – initially five years – intended to make couples change their minds and reconcile. This time period was cut down to three years in 1987.

In the case of Rapisarda v Colladon last year, 180 divorce petitions were found to have been fraudulently filed by Italian couples who were claiming habitual residence in England. It was only after someone spotted that all the petitions claimed residence at the same Maidenhead address that their activities were found to be a scam. The couples, it seems, had been attempting to circumvent the mandatory three-year waiting period in search of a ‘quickie divorce’, or divorzio sveltina. Apparently it has been common for similar rackets to be set up in other European countries, such as Romania.

The waiting periods were introduced along with the divorce legislation in order to appease the Catholic Church. But the speed with which this further reduction in the waiting period has been passed suggests that perhaps the Church is loosening its grip on Italian society. It was approved in the lower house by an overwhelming vote of 398 for and 28 against. Prime Minister Matteo Renzi tweeted about the development: ’Another promise kept. Let’s move forward’, in an apparent attempt to rally his compatriots for reform.

Catholic newspaper Avvenire did utter a cry of disappointment, calling the move ’a devastating anti-family downward slide’. But, with cohabitation and parenthood between unmarried couples on the rise in Italy, the Catholic Church could be on the losing side in the onwards march of change.

All change for Winchester divorces
This site uses cookies. Find out more. Continued use of this site is deemed as consent.   CLOSE ✖