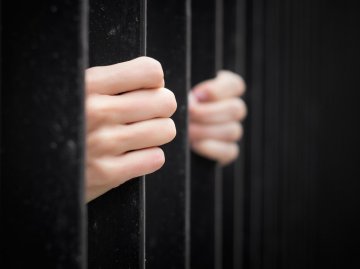 Israeli ’chained wives’ have had their hopes dashed after a state annulment bill, which could have dissolved their marriages, was shelved last week.

In order to dissolve a marriage contract and leave their spouses free to remarry, a husband must grant the wife a document called a ’get’. When ’get refusers’ deny their wives a divorce, they are known as agunot or chained wives. For women unable to divorce, their husbands retain power over them. They cannot remarry and if their husbands eventually comply they may be forced to accept a divorce on the most unfavourable terms.

Under Israeli halakhic law, Rabbinical courts can both order men to give his wife a get, and issue punishments for get-refusers, however courts cannot itself issue the divorce without the man’s compliance even in cases where wives are abandoned. There are no civil marriages in Israel.

Yael Cohen Paran, a Zionist Union MK (Member of Knesset) had sponsored the bill. If successful it would have allowed the state to annul the marriages of Jewish women who can’t obtain a divorce.

Jewish marriages are considered private contracts which are ratified by a payment, typically this is the wedding ring given to the bride by the groom.

The proposed bill would have invalidated marriage contracts where the husband had refused a get for over a year by allowing the state to retroactively confiscate the funds used to buy the ring and rendering the payment fraudulent.

Paran withdrew the bill, purportedly for three months, on Sunday. It was agreed that the government’s legislative arm would seek alternative solutions. There is now little confidence that the bill will pass.

It will come as a particular blow to one chained wife. Zvia Gordetsky went on hunger strike outside the Israeli parliament after politicians moved to block the bill. She has lived a life of "loneliness and financial hardship", married to a man who has refused her a divorce for the last 17 years.

Gordetsky walked out on her husband, who she said was violent, in 2000. For the last 16 yearrs her husband has been jailed by order of a rabbinical court because of his non-compliance in granting the get.

Rabbinical courts often make great efforts to assist trapped women in securing gets. Their intervention is crucial in a state of affairs where men can hold their wives to ransom, forcing them to agree to give up custody of children or accept insufficient financial support in order to get their divorce.

Get refusal is regarded as a means of imposing and retaining power over women and the perpetrators are broadly reviled.

The more extreme punitive measures like Rabbeinu Tam sanctions call upon the public to shun recalcitrant husbands until they free their wives. Increasingly people are turning to the internet to identify husbands who are trapping their wives or have abandoned them without granting them a divorce.

In the US, a clause known as the Lieberman clause is often inserted into Jewish wedding contracts to protect women from being trapped this way.

In England and Wales where Jewish marriages are recognised and registered as civil marriages, wives can make an application to the courts preventing a civil divorce from being finalised until a religious divorce has been pronounced. The Divorce (Religious Marriages) Act, which inserted this provision into English law, was passed in 2002 to try and pressure any husbands who might be perversely refusing to grant their wives religious divorce.

A formal divorce granted to a wife under Jewish law. If a husband refuses to grant this, it can lead to social shame and isolation for the wife.
“Ayesha Vardag - Britain’s top divorce lawyer.”

Planned probate fee hike dropped ahead of snap election
This site uses cookies. Find out more. Continued use of this site is deemed as consent.   CLOSE ✖