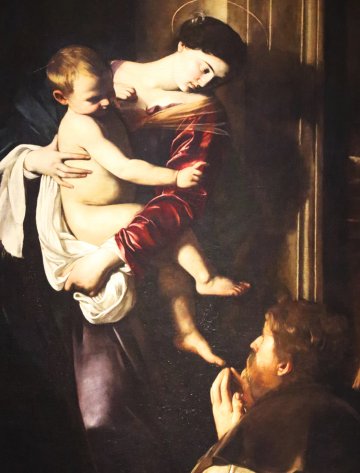 Two tales of the ’vengeful wife’ currently hang the London air, one real, the other mythological: the Huhne-Pryce debacle has dragged itself to its final act – and a splendid production of Charpentier’s Medea is at the end of its acclaimed run at the ENO.

Throughout the Hahne-Pryce trial commentators have pointed to its tragic nature – Ms Pryce’s Greek heritage provoking further that comparison – and certain reviews of the opera have suggested the irony of the production playing at this time. But perhaps the most striking similarity is the ability of each tale to divide opinion.

Medea regularly carves its audience down the middle: some sympathise with her for the way she has been betrayed as a wife and mother by Jason, whereas some find her slaughter of her children too abhorrently selfish to comprehend. Medea finally ascends to heaven in the chariot of Helios; even in this operatic production she escapes punishment, exiting on a chariot pulled by dragons, rendering it even harder to ascertain whether we should view her as victim or criminal – although essentially the killing of her own children can also be viewed as a form of terrible self-harm.

There was no Deus Ex Machina for Vicky Pryce last week as she headed off to HM Holloway. Yet the same question is being posed: is she actually a victim?

Pryce’s lawyers argued that she should never have been the defendant. According to them, her defence of marital coercion, although rare, is valid. They suggest she was a victim of an overbearing husband, who bullied her emotionally into taking the blame for his repeated inability to stay within the speed limit.

Indeed, the stories of how he revealed his infidelity during the half-time intermission of a football match, before tersely instructing her not to talk to the press, put many on her side.

Now, however, we have heard the judge speak of her “implacable desire for revenge” and the “little consideration for the position of (your) wider family”. Her thirst led to emails about wanting to “nail him”, and the exposure of her son’s personal texts. Irrespective of what Huhne did, many see Pryce as a woman so consumed by self-centred vengeance that she fell blind to the true cost of her pursuit.

The perennial question of tragic drama is agency: who causes the downfall of the protagonist. Fate? Other parties? The protagonists themselves? Believing the true perpetrator to be her unfaithful husband, Jason, Medea cries of her misfortunes, ’O Zeus! let not the author of these my troubles escape thee!’.

Even if we believe Huhne to be the author of Pryce’s troubles, however, as the onlookers, we may feel that Pryce was the editor and publisher of her own brand of tragedy.

Liberty Ross and Rupert Sanders divorce
This site uses cookies. Find out more. Continued use of this site is deemed as consent.   CLOSE ✖