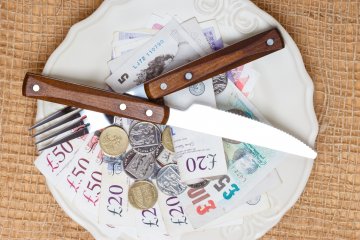 Last summer, a private members bill that would transform the nature of financial provision on divorce passed its first reading in the House of Lords. Introduced by Baroness Ruth Deech, the Divorce (Financial Provision) Bill would amend the Matrimonial Causes Act 1973, putting a time limit on spousal maintenance payments and introducing a presumption of equal asset division.

This was not the first time that the Baroness has tabled such a bill. In January of this year, a near-identical bill passed its second reading, but failed to progress any further before the end of the 2016-2017 parliamentary session. It was around this time that Baroness Deech called our current law, which gives the family courts the power to award periodical payments to the financially weaker party on a long-term basis, "an impediment to equality". While the law is gender neutral, it is true that the majority of breadwinners are still men. It’s perhaps unsurprising, then, that in interview with The Telegraph, she argued that the assumption that marriage renders women financially dependent on their husband years after the relationship’s demise, does her gender a disservice.

Her bill would introduce a five year cap on maintenance payments, save for cases where a party would "be likely to suffer serious financial hardship as a result", and the court is "satisfied that there is no other means of making provision" for that party.

The Times has also recently called for the end of so-called "%27meal-ticket for life%27 maintenance awards", barring cases in which this would cause hardship. But under what circumstances are these kinds of awards made in the first place? And can they ever be justified?

To begin to answer these questions, we need to take a step back in time—to the year 2000, and the landmark ruling in White v White.

Before this, financial orders were generally made on the basis of ‘reasonable needs and requirements’. That all changed with the divorce of Martin and Pamela White, however. Upon their 1961 marriage the parties, both from agricultural backgrounds, set up a dairy farm in partnership. Mr White worked on the farm while his wife cared for their three children, though the courts accepted that she undertook tasks which contributed towards the success of the farm. When they divorced over three decades later, Mr Justice Holman determined that Mrs White reasonably required £980,000, just over one-fifth of the marital pot. Per his order, she was to receive £800,000, with the remainder to be fulfilled by her own assets. Mrs White appealed on the basis that her contributions to the farm were significant and, had she been her husband’s business partner, she would have been entitled to a much larger share. She was eventually awarded a total of £1.4 million in the Court of Appeal, a decision that was upheld in the High Court. Here, Lord Nicholls took pains to emphasise that needs are just one factor to be taken into account when deciding an award. Part II of the Matrimonial Causes Act 1973 gives the courts wide discretion to make financial orders after careful consideration of all the circumstances of the case. Matters to which the judiciary must pay particular regard are set out in Section 25 of the Act and, in addition to needs, include income and earning capacity, the duration of the marriage and age of each party, the standard of living enjoyed prior to the marital breakdown, and the contributions of each party to the welfare of the family.

“If, in their different spheres, each contributed equally to the family, then in principle it matters not which of them earned the money and built up the assets. There should be no bias in favor of the money-earner and the child-carer”

Mrs White was duly awarded 40% of the matrimonial assets, the slight departure from equality owing to the contributions of Mr White’s family during the early days of their business.

Post White v White: is all fair in love and divorce?

The case signalled a paradigm shift in terms of judicial attitudes towards the contributions and entitlements of a non-earning spouse. Lord Nicholls stressed in his judgment that he did not intend to introduce a legal presumption of equal asset division. Instead, family judges should, upon assessment of the factors set out in Section 25, check their provisional views "against the yardstick of equality". Yet in spite of the judge’s caveat, White v White laid the groundwork for what became known as the sharing principle—the presumption that matrimonial assets will be divided equally, unless there is good reason to do otherwise.

Circumstances in which a departure from equal division may be justified include where a party requires more than 50% of the marital pot to meet their reasonable needs; if the marriage was short; and, in exceedingly rare cases, where the court finds that one party has made such a ’special contribution’ to the partnership, and so deserve a larger share of the assets.

Though spousal maintenance did not feature in White v White, in establishing fairness as the implicit objective when making financial orders on divorce, its impact was far-reaching. In White v White, the assets were substantial enough to allow the divorce to proceed on a ’clean break’ basis, meaning that, upon settlement, each party’s financial obligations to one another were terminated. However, what of cases where there is dearth in capital assets but one party has higher earning capacity over the other? Having put their careers on ice, home-makers often face significant economic disadvantages if and when they attempt to reenter the workforce following a divorce. Compare this to breadwinners whom, thanks to their spouses’ sacrifices, are able to devote themselves to propelling their careers forward. In such situations, ordering the financially stronger party to make periodical payments may be the only route to a fair and equitable outcome. This was the view taken by Lord Nicholls in the McFarlane v McFarlane . The judge considered that "a periodical payments order may be made for the purpose of affording compensation to the other party as well as meeting financial needs":

"It would be most unfair if absence of capital assets were regarded as cancelling his obligation to pay compensation in respect of a continuing economic advantage he has obtained from the marriage."

In enshrining the sharing principle in statute alongside the introduction of a maintenance cap, it seems that the Divorce (Financial Provision) Bill seeks to place fairness and financial independence hand in hand when it comes to financial remedy. Yet, as we’ve seen, for some litigants the two outcomes simply cannot coexist.

Baroness Deech and her supporters see long-term maintenance awards as a throw-back, rooted in a paternalistic and patronising assumption that women are incapable of attaining financial independence following divorce.

There’s no doubt that financial independence is a highly desirable result for both men and women following marital breakdown. However, as Supreme Court Judge Lord Wilson of Culworth pointed out in a speech given at the University of Bristol last March, this may simply not be feasible for some, particularly older, divorcees. The judge said it was "unrealistic to tell a wife, left on her own perhaps at age 60 after a long marriage, that, following payments for, say, three years, she must fend for herself.”

He also cautioned that headline-grabbing cases featuring exceptional awards should not be understood to be the norm. Indeed, for the vast majority of women, a "meal-ticket for life" is simply not an option. After all, many people simply do not have the means to sustain two households on one income. When cases proceed on a needs-basis, homemakers may well be expected to reenter the workforce in order to make ends meet.

As the number of women who give up their careers after starting a family continues to plummet, so too will long-term maintenance awards decline. Those concerned with seeing these disappear almost entirely should perhaps look to the underlying impediments to equality and encourage the cultivation of more women-friendly working environments, including flexible working practices for new parents and equal pay.

The main piece of law which governs divorce in England and Wales.

A regular payment made from one party to another. Can be in relation to child or spousal maintenance. Also known as: maintenance payments

The factors set out in s25 of th Matrimonial Causes Act 1973 which the court will consider when making financial provision.

Australia says 'yes' to same-sex marriage: what happens now?
This site uses cookies. Find out more. Continued use of this site is deemed as consent.   CLOSE ✖