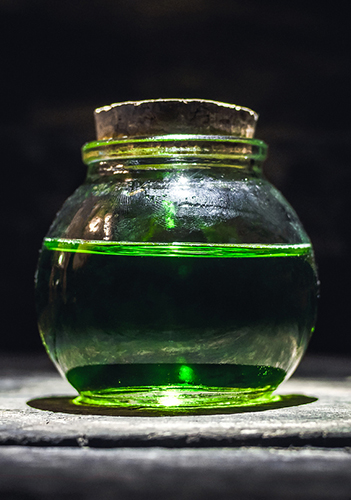 The Court of Appeal has upheld the decision of Swansea Family Court to deny a mother the parental right to register the birth of her eight-month-old twins and choose their forenames.

This was an appeal by the mother (aged 30) against an order, dated 25 June 2015 by His Honour Judge Sharpe of Swansea Family Court, stating that she could not name her son ‘Preacher’ and her daughter ‘Cyanide.’

The appellant mother has a psychotic disorder, an underlying personality disorder and has been diagnosed with schizophrenia. However, she does not accept these diagnoses, has not complied with her treatment and refuses to work with professionals. The twins have three older half-siblings (now aged 11, 9 and 4 years old) who were taken into care in 2013 as the local authority had ’concerns related to the mother’s mental health difficulties which had seriously impacted upon her ability to care for her children… further impaired by drug and alcohol misuse, chaotic home conditions, abusive male relationships, and an inability to work with professionals’.

When the local authority became aware that the appellant was pregnant again and that her health had further deteriorated there were ’considerable concerns about the mother’s ability to care for the unborn twins and the local authority therefore issued care proceedings the day after the birth ’.

The local authority had further concerns after being informed by a midwife that the mother intended to call the twins ‘Preacher’ and ‘Cyanide’, and these concerns were raised at an interim hearing on 18 May after the local authority was unable to persuad the mother to reconsider her name choices. An interim care order was made at the hearing, placing the twins in temporary foster care with their two eldest half-siblings. This has since become their permanent home.

At a case management hearing on 22 May, the mother gave an undertaking that she would not register the births of her two children until the name issue was resolved.

The local authority claimed jurisdiction under s.100 Children Act 1989 (CA 1989) for an application to the court to prevent the mother using the proposed forenames for her children. The case was transferred to the High Court and heard on 19 June 2015.

What’s in a name?

In a statement given by the mother regarding her choice of names, she argued, "Preacher… is a strong spiritual name" and "Cyanide… a lovely pretty name… linked with flowers and plants… a strong name… Cyanide was responsible for killing Hitler and Goebbels and I consider that this was a good thing and therefore Cyanide can be considered as a positive name".

In the High Court decision, the judge stated that the local authority was wrong to use the s.100 CA 1989 in order to bring their application, and should have followed the statutory jurisdictional route of s.33(3)(b) CA 1989 (which gives local authorities the power to determine the extent to which a parent or guardian may meet their parental responsibility to a child who is in care).

The judge, however, ruled in favour of the local authority, granting an injunction pursuant to s.37 Senior Courts Act 1981 (SCA 1981) on 6 October 2015, and stated, "even allowing for changes in taste, fashion, and developing individual perception… the names the mother has chosen… are not obviously indicative of a parent who is acting so as to…secure the welfare of her children".

The mother appealed this decision on the grounds that:

The legal and procedural question was whether registering a child’s birth and choosing a child’s name is an act of parental responsibility and, if so, whether a local authority could prevent its occurrence under the powers of the Children Act 1989; furthermore, whether the court has jurisdiction to intervene in such circumstances.

Firstly, whether registering and naming children is a parental right, Lady Justice King stated that it “is not however merely a right or privilege, but also a responsibility… a name which attracts ridicule, teasing, bullying or embarrassment will have a deleterious effect on a child’s self-esteem and self-confidence”. It was agreed that the act was one of parental responsibility, but that the local authority can limit this parental power regarding children in care (s.33(3)&(4) CA 1989).

This power is usually exercised by local authorities to make decisions as to where children should live. They require consent and/or a court order to determine if a child should have a different surname (s.33(7)(a)), as it relates to a child’s personal identity. However, no equivalent consideration is required with regard to forenames.

Lady Justice King held that both the act of registering and naming children “falls squarely within the ‘rights, duties, powers, responsibilities and authority’ as defined in s.3(1) CA 1989, and not… ‘by virtue of another enactment’” (namely the Births and Deaths Registration Act 1953). Therefore the judge “erred in making a declaration that the local authority were ‘permitted’ to restrict the extent to which the mother exercised her parental responsibility. The local authority had, on a strict reading of s.33(3) CA 1989, the power to do exactly as they proposed”.

The court was thus satisfied that the local authority did have the necessary authority to prevent the children being named as ‘Preacher’ and ‘Cyanide’ under s.33(3)(b) CA 1989, and that they were acting in the children’s best interests.

Furthermore, the injunction made by the courts under s.37 SCA 1981 was correctly implemented. Lady Justice King stated in her judgment, “this is one of those rare cases where the court, in the exercise of its inherent jurisdiction, should intervene to protect the girl twin from the emotional harm that I am satisfied she would suffer if called ‘Cyanide’”. Stating that although there was nothing inherently wrong with the name ‘Preacher’ for the boy twin “the potential benefit to the boy twin in having a forename chosen by his mother is more than outweighed by the potential detriment to the girl child of them having forenames given to them from two different sources – namely their mother on the one hand and their half siblings on the other”. Therefore, the court decision was upheld, the mother’s appeal dismissed, and the names for the twins are to be chosen by their two half-siblings with whom they now live.

Limbo in Lebanon: mother charged with kidnapping own children urged to accept custody deal
This site uses cookies. Find out more. Continued use of this site is deemed as consent.   CLOSE ✖