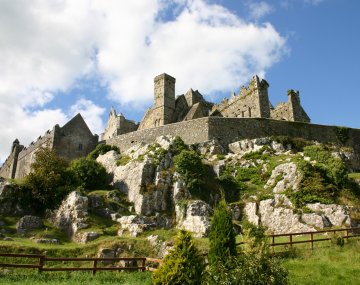 Two heterosexual men plan to tie the knot next month in Ireland in order to pass the more elderly man’s house onto the other without hefty inheritance tax bills.

Michael O’Sullivan, 58, has been friends with Matt Murphey, 85, for 29 years. The former, from Stoneybatter in North Dublin, is a divorcee with three adult children and the latter never married. After moving into Mr Murphey’s house when his own was sold, Mr O’Sullivan now works as Mr Murphey’s carer.

The pair explained on Claire Byrne Live that they had considered the cost of care options both on themselves and on other taxpayers. Both in possession of a small pension, the fees for a nursing home were far beyond their means and Mr Murphey didn’t want the intrusion that comes with opting for a carer’s allowance. As he was unable to afford to pay Mr O’Sullivan as his carer, Mr Murphey decided that the best solution was to leave him his house on his passing. Speaking to RTÉ’s Liveline, he expressed his wish for his “best friend” to inherit his house:

“He will be part of my life when I die and whatever I have- my home, there will be no problems, he can have it.”

However, even passing the house onto Mr O’Sullivan in his will was not financially straightforward since it would have brought with it a large inheritance tax bill. Capital Acquisitions Tax applies to gifts and inheritance over a certain amount but this can be avoided by passing assets into a spouse or civil partner. To avoid this 33 percent tax on the house, the “easiest way” to solve the problem was to get hitched.

Though not engaged in a romantic relationship, both men are vocal on their deep affection for each other. Reflecting on their bond, Mr O’Sullivan commented: "I do love Mr Murphey, he’s one of the nicest people I’ve ever met, I do think he’s wonderful," to which Mr Murphey replied: "I would stand up for Mr O’Sullivan, he’s the younger brother I wish I had".

Former Minister for Justice, Attorney General and Senior Counsel, Mr Michael McDowell has described the friends’ decision to marry to avoid inheritance tax as “perfectly lawful”. According to the Marriage Act 2015, marriage is prohibited “by virtue of a relationship of consanguinity or affinity” or by bigamy, neither of which is an issue concerned in this case. And, as the two men point to themselves, marriage does not necessitate sexual relations. Since the referendum in May 2015 made same-sex marriage legal in Ireland, Mr McDowell commented that the pair are “simply doing the logical thing”. Convinced that their choice is indeed legal and will not be investigated by Revenue, the men are delighted their families’ concerns have been assuaged.

Mr O’Sullivan admits, however, that their story has caused some discontent among the gay community who feel a marriage for tax avoidance purposes undermines the struggle for equality that they faced: “There were one or two murmurs … that we were taking advantage of the hard work that was done for the referendum or jumping on the bandwagon if you like but that is simply not what this is about.”

Save for this criticism of the partnership, the men have received an “overwhelmingly positive” reaction to the news and the story has been covered across the globe.

“Marriages of convenience have been taking place for centuries,” commented Mr O’Sullivan pragmatically. “Equality works in many ways, one of those ways is that people can look out for friends without stumbling blocks being placed in their way.”

The pair plan to say ‘I do’ in the verdant Cashel, County Tipperary. The wedding, although initially scheduled for December, has been postponed to January owing to wintery weather.

CAFCASS launches “ground-breaking” pilot scheme to crack down on parental alienation
This site uses cookies. Find out more. Continued use of this site is deemed as consent.   CLOSE ✖