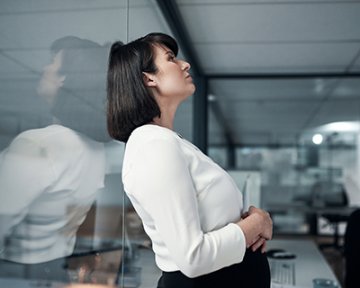 An unnamed Australian man has pleaded guilty to sexually abusing his twin daughters, who were born in Asia with the help of a Ukrainian egg donor. He faced 38 offences, including incest, child pornography and child trafficking.

The 49-year-old man began abusing his nieces in 2009, which seemed to spark his interest in having children. Before then, he had little interest in becoming a father and had asked his wife to have an abortion in the early 90s, reported BioEdge.

He and his wife were unable to conceive naturally or through IVF, so they turned to a clinic in Asia that could supply an international egg donor.

The abuse started when the twins were 27 days old, continuing for seven months before the police became aware of child pornography circulating on the Internet. He was arrested with 13,000 incriminating images and videos, 300 of which were of his daughters.

His wife of 26 years seemed to be unaware of her husband’s criminal activities. Their daughters are now in state care.

Australia is set to report on a parliamentary inquiry into surrogacy next month. The chair, MP George Christensen, told The Guardian that this case of abuse underlines a need for tighter surrogacy laws and deterrents for seeking surrogates in countries where women and children are often exploited.

As horrific as this case may be, it should not necessarily reflect poorly on cross-border surrogacy. Whether or not the children were born naturally or with a surrogate’s help is entirely irrelevant to the crime, as is whether the surrogate was an altruistic Australian or a paid Ukrainian.

Christensen called international surrogacy agreements “too lax,” saying, “We need people to go through countries where they have got proper regulation, where they can weed out people like this guy… we need to have something that basically stops Australians from entering into the process in these countries and being able to bring the child born of that process back into the country.”

There is no ‘weeding’ process before becoming a parent through natural means; why is it necessary to have one for surrogacy? Furthermore, how would stopping children born through surrogacy from entering Australia improve their safety and well-being?

The horror stories surrounding international surrogacy have cast unduly long shadows over the commercial surrogacy debate. Tales of abuse and abandonment make up a small portion of cross-border surrogacy cases (between 200 and 1,000 Australian surrogate children are born abroad every year), yet they seem to dominate the conversation and obscure the many international surrogacy successes.

When Australia decides whether to clamp down on surrogacy, we can only hope that they ignore sensationalized cases that, in essence, have nothing to do with surrogacy at all. These accounts use cross-border surrogacy as a scapegoat, while the true culprit is child abuse, plain and simple.

The only way to evaluate the legitimacy of cross-border surrogacy is by discounting the problems that have nothing to do with whose gametes are whose.

Florida governor vetoes alimony bill
This site uses cookies. Find out more. Continued use of this site is deemed as consent.   CLOSE ✖