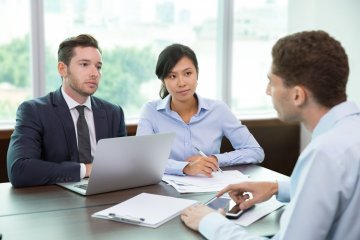 Early this week, the 16th Australian Family Law Conference, meeting in Fiji, launched the International Family Law Arbitration Scheme (IFLAS). The scheme is the brainchild of Professor Patrick Parkinson and David Hodson and is designed as a cost-effective means to resolve forum disputes between two parties quickly and independently of the courts.

As stated on IFLAS’ website, the current issue is that jurisdiction disputes are often costly, lengthy and overly public in nature. It is possible for forum disputes to take many months or even years to get a hearing and even longer to receive a judgment, all the while accumulating legal fees. In some cases, the proceedings take place in multiple forums simultaneously, running the risk of one forum rejecting the authority of another to hear the case.

What IFLAS is proposing is that both parties agree to be bound by the decision of a neutral arbitrator. This arbitrator would either be chosen by both parties from IFLAS’ arbitration panel or one party would choose from a shortlist of said panel prepared by the other party. This, alongside the arbitrator’s origin from a country not involved in the forum dispute, would guarantee their neutrality.

The benefits of arbitration as a solution to forum disputes are its speed, fairness and practicality. In stark contrast to standard court proceedings, under typical circumstances the arbitrator would be required to provide a judgment within four weeks of both parties providing all their evidence. This would help both parties to resolve their dispute quickly and with minimal costs. The arbitration process itself is also entirely confidential unlike many high-profile court cases where press attention can contribute substantially to the emotional strain on both parties.

The panel arbitrators are all required to be experienced part-time judges or well-known family law specialists. These arbitrators would make their assessment based on detailed questionnaires submitted by both parties concerning their relevant attachments to their forum of choice including nationality, domicile, time spent there, where their assets and pensions are based, where they work and the familial and background significance of the forum. The arbitrator would also take into account factors such as cultural background, religious background (if it has an impact on the application of the forum’s law) and the prospect of enforcing orders within the jurisdiction. This is all in an effort to establish the forum conveniens: the country which is most suitable to hear the case when all the circumstances are considered.

In terms of its legality, the ‘New York Convention’, or the Convention on the Recognition and Enforcement of Foreign Arbitral Awards, is accepted in a vast number of countries as giving binding force to international arbitration though there is no single universally accepted convention.

Under the rules of the scheme both parties agree to abide by the arbitrator’s ruling, but if a party continues proceedings in a forum contrary to the ruling then they are required to pay the other party’s arbitration costs and will run the risk of incurring more costs further down the line.

IFLAS is a welcome alternative to lengthy and expensive forum disputes and we may soon be seeing many such arbitration panels springing up in the years to come. It remains to be seen, however, whether parties will be willing to enter into arbitration when the choice of forum can produce such stark differences between financial settlements.

An independent and impartial person suitably qualified to adjudicate an arbitration.

The court must have ‘jurisdiction’ in order to hear a case. Jurisdiction is a complex legal principle, but will largely depend on the parties links to a particular country.
“Ayesha Vardag - Britain’s top divorce lawyer.”