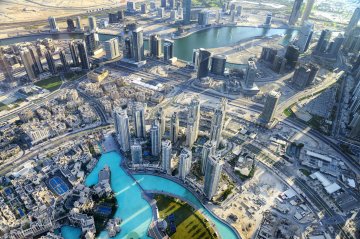 An Irish businesswoman, Barbara Fatemah Spain, succeeded in her legal battle to show that the ‘revocable divorce’ acknowledged in the UAE should not be recognised and should be revoked. She was successful despite strong opposition from her husband, Iranian businessman Mehrdad Radseresht, who claims that the divorce he initiated in the UAE should be recognised. The judge, Mr Justice Cohen, referred to the case as a "financial and emotional disaster for the parties and the children" and strongly urged them to "sit down and mediate their remaining differences so that they can cease this battle".

Mehrdad Radseresht (‘the husband’), and Barbara Fatemah Spain (‘the wife’), met through work in 1990 and married two years later in Tehran. At the time of their marriage the wife was 23 years old and the husband was 46. The husband had been married three times previously but this was the wife’s first marriage. Together, the couple set up their own successful business with business and property interests in Ireland, USA, Iran and UAE.

The couple went on to have three children, the eldest being 24 years old. The children were schooled in San Francisco, where the wife became based after 2007, whilst the father spent his time in either Iran or the UAE. The family spent their leisure time together but spending time in different jurisdictions meant that the couple were apart for a significant amount of time throughout their relationship and in particular from 2007 onwards.

In summer 2009, the husband invited the wife’s brother to Dubai and told him of the wife’s adultery. Following this, the wife admitted that she had a brief relationship with another man which was met with verbal abuse from the husband.

The husband proceeded to seek legal advice and to have a Settlement Agreement written for him and his wife. He asked the firm that he was using to ‘recommend a lawyer’ for his wife. The Power of Attorney document that was provided was in Arabic, a language that the wife does not read or write. Another document, the Settlement Agreement, was provided in English. Both of the documents were signed by both parties and this is accepted by both the husband and the wife.

The wife, however, did not have the Power of Attorney explained to her, nor was she given any opportunity to take advice on the documents. She signed the documents on her general principle that, given her and the husband worked in business together for such a long time, she “signed whatever put in front of ”.

The judge referred to some of the clauses in the documents as “draconian” and stated that if she had the opportunity to consider the terms, she would have been extremely reluctant to sign the document.

The judge was therefore asked to decide whether the divorce should be recognised and, further, whether or not it should be revoked.

S.51 of the Family Law Act 1986 dictates where the validity of an overseas divorce can be refused. A divorce, annulment or legal separation obtained by means of legal proceedings can be refused if it was obtained -

(ii) without a party to the marriage having been given (for any reason other than lack of notice) such opportunity to take part in the proceedings as, having regard to those matters, he should reasonably have been given.

The judge decided that on both of the grounds mentioned above in S.51 of the Family Law Act 1986, the divorce should not be recognised. With regard to (i), the judge reasoned that a Power of Attorney in a language that the wife did not read or write cannot amount to notice. Further, the Settlement Agreement, though it does make reference to divorce, does not provide the necessary notice. It follows that without notice, with regard to (ii), there was no opportunity to participate in the proceedings. Without knowledge of what was going on and without the ability to seek advice, the divorce cannot be recognised in England and Wales.

Having addressed the issue of whether or not the divorce is recognisable, Cohen J turned to whether it should be revoked. He recognised that this point did not necessarily matter given the decision that the divorce could not be recognised but, given the evidence heard on both sides, the judge felt it right to deal with the issue.

In Islamic law, a divorce can be revoked if the parties have exhibited intent to continue the marriage within 90 days of the divorce. The fact that the husband and wife continued to live together and shared a bed was sufficient for the parties to be seen as intending to continue the matrimonial partnership. Therefore, the ‘revocable divorce’ could definitely be revoked.

The judgment Radseresht v Radseresht-Spain shows how divorce agreements are liable to scrutiny if they intend to be recognised in England and Wales. Similar to the examination of prenuptial agreements, the courts will look at whether both parties had notice and the opportunity to seek advice in order to ensure their commitment to fairness.

Catherine Thomas discusses no fault divorce in radio interview with Nick Ferrari
This site uses cookies. Find out more. Continued use of this site is deemed as consent.   CLOSE ✖