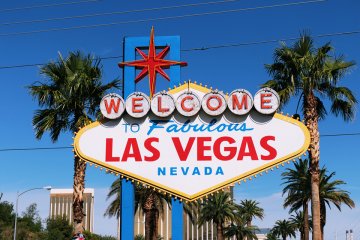 Fittingly for a state famous for its speedy weddings, the US state of Nevada also offers a short cut for couples seeking to expedite their divorce: a spouse need only reside in the state for six weeks before filing for divorce, regardless of where the marriage took place.

The South Korean website Chosun Ilbo recently reported an increase in the number of young Korean couples taking advantage of this route. Such couples then simply pass on a copy of the Nevada divorce certificate to Korean local government offices to secure its recognition under Korean law. This is in the face of far lengthier and more restrictive requirements for divorce proceedings in South Korea.

As part of this procedure it is understood that parties may be required to wait out a three month cooling off period, attend education classes and consult marriage counsellors.

This is despite the availability of uncontested divorce by consent under South Korean law, something that is not yet available in England. Clearly, the availability of a divorce following six weeks of residence might be an appealing option to parties seeking to expedite the process, which it is understood can take up to a year in Korea when children are involved.

Chosun Ilbo quotes a South Korean family court judge having described the Reno route as an ’underhand tactic’, and indeed the divorce may be nullified by the Korean courts where the Nevada petition was based upon false information or on the petitioner’s own adultery, something which remains illegal under South Korean law.

Attempting to rely upon a Nevada divorce petition upon a party’s return to South Korea is therefore a far from failsafe option, especially given that misleading the Nevada courts as to an intention to remain a resident may have its own significant legal repercussions for the party involved.

A similarly cautionary tale for those seeking to circumvent domestic divorce procedure lies in the recent decision of Sir James Munby, President of the Family Division, in Rapisarda v Colladon (Irregular Divorces) EWFC 35, in which he considered 180 divorce petitions involving Italian parties which incorrectly stated that the habitual residence of one of the parties was in England. This followed their discovery by an ’eagle-eyed’ employee of Burnley County Court who noted that two divorce petitions involving Italian parties had used the same address in Maidenhead, which a police search confirmed was in fact non-residential.

Following an investigation, it was discovered that in the period from August 2010 to February 2012 179 petitions had been issued in 137 county courts using the same address, most courts having handled only one petition (one further petition in the same fraudulent scheme had used a separate address). The fraud was found to be masterminded for fees of thousands of Euros by an Italian third party agent, who had falsely used the name of a Reading law firm.

Italian divorce law requires couples to live apart for three years before divorcing, and it is thought that many of the couples involved in the fraudulent scheme were seeking to circumvent this procedure by seeking an English divorce, whereby parties who have been married for 12 months or more are able immediately to seek a divorce where this is on the basis of adultery or unreasonable behaviour (as opposed to desertion or living apart, which require a period of two or five years to be satisfied).

The Queen’s Proctor intervened in the 180 cases pursuant to section 8 of the Matrimonial Causes Act 1973, under which he is able to issue a plea event where a decree absolute has been issued (per the decision of Sir John Arnold P in Ali Ebrahim v Ali Ebrahim (Queen’s Proctor intervening) 1 WLR 1336). The Queens Proctor’s position was that each and every case involved was fraudulent from start to finish.

The President found that if the court is ’materially deceived’ by perjury, fraud or otherwise as to the jurisdiction to entertain the petition the divorce will be void. The same will occur where there has been a serious procedural irregularity involving fraud. This finding had serious repercussions for the 180 couples involved, many of whom had considered themselves legally divorced for some years, and some of whom had had children with new partners or even remarried.

It is a natural consequence of the increasingly international nature of modern life that parties may find themselves involved in cross-jurisdictional divorce proceedings, and parties are well advised to weigh up the benefits of the divorce process in the jurisdictions available to them.

It is entirely understandable that parties wishing to move on from an unhappy marriage may feel trapped or frustrated by lengthy legal processes preventing them from doing so, but those who go so far as to employ fraudulent means to avoid such processes may find that their ’quickie’ divorce has far longer reaching consequences than they intended.

Equally, those legally entitled to benefit under the more favourable provisions of an alternative jurisdiction should make the best of their opportunity to do so. This is a consideration which applies as much to the financial remedy regime in the available jurisdictions as it does to the appeal of the divorce procedure itself, and parties must take care to balance these two potentially competing considerations. A ’quickie’ divorce which leaves the petitioner financially destitute is likely to cause far more heartache in the long term.