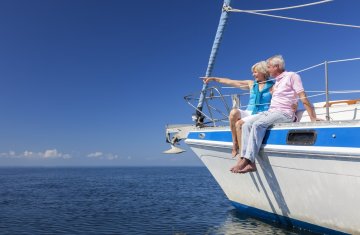 It is becoming increasingly clear that younger generations are finding it difficult to get on the property ladder and acquire significant assets, while their parents, the baby boomers, are sitting on comparatively large assets. As the baby boomers get older and their assets are passed on to their children, inherited assets are likely to gain significance in the ancillary relief claims during a divorce.

In financial remedy proceedings, inherited assets are considered under section 25(2)(a) of the Matrimonial Causes Act 1973 as one of the ‘other financial resources which each of the parties to the marriage has or is likely to have in the foreseeable future’. The assets may have been inherited prior or during the marriage, or there may be an expectation of an inheritance from a relative in the future.

However, the House of Lords emphasised that this factor is only one of the circumstances that the judge should take into account and it is up to them to decide how important this is to the particular case. Facts such as the nature and value of the assets and the time and circumstances in which it was acquired, were all stated by Lord Nicholls as relevant matters to be considered.

The crucial factor which may affect whether or not the inherited assets should remain with the spouse to whom they were originally given, is the financial needs of the other party. The fact that the assets were inherited either before or during the marriage “can be expected to carry little weight, if any, in a case where the claimant’s financial needs cannot be met without recourse to this property”. The principle that the needs of both parties must be met continues to be an overarching factor, even where there is inheritance from a “wholly external source”.

Since the House of Lords set out how non-matrimonial assets should be treated in White, the issue of inherited assets were considered again by the Court of Appeal in K v L . This case considered non-matrimonial shares in a family business held by the wife. These were worth £57.4 million by the time of the hearing and represented virtually the entirety of the parties’ fortune. The family had always lived a modest lifestyle despite this wealth. The husband argued that departing from the equal sharing principle and awarding him only £5 million to meet his needs was discriminatory. Wilson LJ (as he was then) disagreed and reinforced that the recognition of the wife’s unmatched financial contribution was not discriminatory where the husband’s needs could be met without having to take any more from the non-matrimonial assets.

Following this, the High Court considered inherited assets again in Y v Y . The court held that the husband’s inherited estate, which made up the majority of the couple’s wealth, would be treated as non-matrimonial assets and therefore treated differently. The court again confirmed that inherited wealth does not have to be divided equally, “but its value and the lifestyle that it produced are relevant factors in the court’s consideration of fairness.”

When the courts consider non-matrimonial assets, including inherited property, there are a number of factors they have to consider when deciding on how those assets should be dealt with in the financial remedy proceedings. The fundamental principle that the needs of both parties must be met is always of paramount importance and therefore if the inherited assets are required to meet the parties’ needs, the court will use them to do so. However, where the inherited non-matrimonial assets are not required to meet the needs of the other party, Lord Nicholls’ statement in White v White is followed by the courts: “In fairness, where this property still exists, the spouse to whom it was given should be allowed to keep it”.

To read more about inheritance in divorce, click here.

Divorced couples in Chechnya urged to reunite by authoritarian leader
This site uses cookies. Find out more. Continued use of this site is deemed as consent.   CLOSE ✖