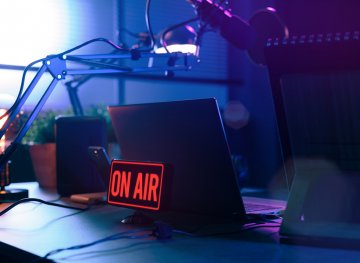 "I’m so blessed to have such a wonderful support system and I just pray that what’s happened to my family that people can understand what parental alienation syndrome is and get an awareness of it so we can stop this from happening to others," Kelly Jones told the press, following the reading of the verdict.

Mr Jones had sought to retain sole custody of his children, with his attorneysarguing thathis ex-wife was emotionally unstable. Since the divorce, Mrs Jones had only been permitted to visit her children with supervision.

She blamed her ex-husband for her lack of contact with her children, claiming that he was a "master manipulator" who had deliberately alienated the children against her.

In the run-up the trial, the media spotlight shone squarely on the intention of Mrs Jones’ legal team to use clips from her ex-husband’s controversial web series Infowars as evidence that Mr Jones is an unfit parent.

As the founder and host ofInfowars, Mr Jones has used the platform to propagate a number of conspiracy theories, perhaps the most notably being that former presidential candidate Hillary Clinton was implicated in a child abuse ring based in a New York pizzaria (though Mr Jones has since apologised for the claim, which was later exposed as a hoax). Many of videos include instances of threatening language and homophobic slurs.

However, District Judge Orlinda Naranjostressedthat the trial was “not aboutInfowars”, and did not permit the admittance of multiple video clips as evidence.

Per Buzzfeed, only one "very short clip" which showed Mr Jones "allegedly intoxicated" while on-air was played before the jury, though at the judge’s request this was edited to remove the political elements of his tirade.

Nevertheless, last Thursday Mrs Jones was awarded both joint-custody and joint-conservatorship over her the children, with "the right to have their three children make their primary residence with her instead of her husband for the first time since their 2015 divorce."

While it seems as though politics was cast aside in this custody battle, this is not always the case. Slate notes a 2009 case where the state of New Jersey seized custody of three children whose parents were white supremacists and had named the children in tribute to Nazism, though acknowledges that their "extremist views were just a symptom of a larger pattern indicating serious psychological instability on the parents’ part."

With the best interests of the child being of utmost importance when deciding child arrangements in many jurisdictions, a parent’s fringe or extremist political opinions will likely only come into play if they are thought to cause harm to the child. How one determines what kind of views are harmful is, however, a topic for another debate, one that may elicit a plethora of different responses depending on where one falls on the political spectrum.

Fake views? Attorney claims controversial radio personality client is “playing a character” in child custody hearing
This site uses cookies. Find out more. Continued use of this site is deemed as consent.   CLOSE ✖