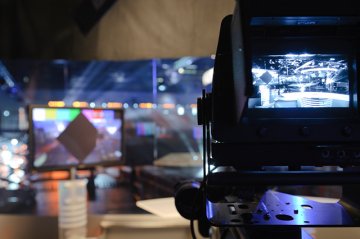 The controversial opinions and behaviour of Alex Jones, a far-right radio show host and conspiracy theorist from Texas, may have dire consequences for his family life, as he engages in a custody trial with ex-wife Kelly Jones.

Mr Jones has been deemed a peddler of “fake news”, through his website Infowars. Last month, Mr Jones issued an apology over the website’s extensive coverage of ‘Pizzagate’, which in the run-up to the 2016 US presidential election propagated the now-debunked claim that a New York pizzeria was involved in a child abuse ring led by Hillary Clinton and her campaign chairman John Podesta.

Though the story was later exposed to be a hoax, the pizzeria suffered considerable reputational damage, according to its owner James Alefantis who received a deluge of threatening messages after the story broke. Matters escalated last December, a North Carolina man fired an assault rifle inside the restaurant, in an apparent attempt to rescue trafficked children he believed to be hidden there, having been duped by a story he read online.

Aside from Pizzagate, Mr Jones has also hit the headlines for his beliefs that the Sandy Hook Elementary School shooting was staged, and that the US government was involved in the Oklahoma City bombing and the 9/11 terrorist attack.

Such controversies have reportedly played a role in Mr and Mrs Jones’ child custody battle, in which Mrs Jones is seeking to gain sole or joint custody of their three children.

“He’s not a stable person...He says he wants to break Alec Baldwin’s neck. He wants J. Lo to get raped.”

On March 30, a video uploaded to Mr Jones’ Youtube channel showed the host using violent and threatening language, as well as an anti-gay slur against U.S Representative Adam Schiff.

Referring to the video, Ms Jones stated that she is “concerned that he is engaged in felonious behaviour, threatening a member of Congress”.

Ms Jones’ legal team intend to bring several Infowars video clips before the jury as evidence, though two of the clips initially put forward were not approved by state District Judge Orlinda Naranjo.

Mr Jones’ attorney Randall Wilhite has dismissed the notion that his client’s on-air demeanour has any bearing on his parenting.

According to the Austin American Statesman, Mr Wilhite told state DJ Naranjo that “using his client Alex Jones’ on-air Infowars persona to evaluate Alex Jones as a father would be like judging Jack Nicholson in a custody dispute based on his performance as the Joker in Batman.”

“He’s playing a character,” Mr Wilhite said of his client. “He is a performance artist.”

Under Texas family law, the court’s “primary consideration” is upholding the child’s best interest when determining who has conservatorship (the ability to make decision relating to the child’s care) and possession and access (physical custody and visitation rights) to the child.

DJ Naranjo’s comments at the latest pre-trial hearing seem to echo this principle, as she makes clear the case is “not about Infowars”.

The defence will therefore be tasked with convincing the jury that his behaviour onscreen is representative of his off-screen parenting.

Mr Jones is expected to give testimony before the court today. It will be interesting to see whether he echoes his attorney’s claims that his InfoWars persona is simply an act. If so, he risks damaging his professional credibility in the eyes of his supporters and alienating his fan base. It would then be up to the jury to determine the veracity of this claim, and whether the supposed differences between the man and his public image affect how one should view his parenting capabilities.

Swedish hotel offers refunds for marital breakdown
This site uses cookies. Find out more. Continued use of this site is deemed as consent.   CLOSE ✖