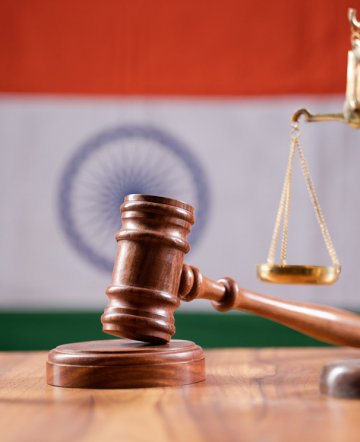 Triple talaq is the practice where a Muslim man divorces his wife by uttering the word ‘talaq’ (divorce) three times. With the technological developments over the last decade, this method, which was once an oral practice, has shifted onto less official platforms. Now triple talaq can even be sent via postcard, a Facebook or even WhatsApp message.

The issue will be heard by a bench of five judges, one Hindu, one Christian, one Sikh, one Zoroastrian and one Muslim. What the judges will consider is whether triple talaq is in fact intrinsic to Islam as it is not mentioned in the Qur’an nor Sharia law. Many Islamic scholars argue that the Qur’an does in fact dictate how to divorce, describing it was a three-month period to allow reflection and reconciliation, far removed from the immediacy of triple talaq.

The majority of Muslim countries, including Pakistan and Bangladesh have banned triple talaq and the Indian government of Prime Minister Narendra Modi wishes to do the same. India’s government is Hindu but the 42nd amendment in India’s constitution defines the country as secular. Despite this, minority religions have the freedom to determine their own personal laws surrounding matters such as marriage, divorce and succession. As Islamic divorce is therefore ordinarily governed by Sharia law, many Muslim groups are opposed to the court’s intervention and see this high-profile debate around triple talaq as a way of maligning the Muslim population, the largest minority community in India and the second largest Muslim population in the world.

The principle grievance brought against triple talaq is that it discriminates against women. Wives can be disposed of easily in this way, but they do not have the power to divorce their husbands. For this reason, and because the practice often leaves women destitute, Shayara Bano filed a petition in the Supreme Court in February 2016. Having been divorced by her husband via a letter, she called on the court to ban the practice of triple talaq as it allows Muslim men to treat their wives like “chattels”. In October 2016, the Mumbai-based Bharatiya Muslim Mahila Andolan (BMMA), an Indian Muslim women’s movement, wrote a letter to the Prime Minister demanding “reforms in Muslim divorce and polygamy laws”. The group published a survey in March 2015, then again in November 2016 cataloging Islamic divorces, of which three quarters were obtained through triple talaq. The survey revealed that many women divorced in this way do not then receive financial support from their husbands, leaving them and their children homeless and penniless. The co-convenor of BMMA thinks that the hearing in the Supreme Court has not come quickly enough:

“It’s inevitable this would happen. How much can a woman take? All over India women are coming out to tell their stories and say it’s enough”.

However, The Guardian reports that one woman has recently defied this all-male custom. Amreen Begum, 25, after reporting her husband for domestic violence, proclaimed triple talaq outside the Meerut police station in Uttar Pradesh State. Believed to be the first Indian woman to use it against a husband, she commented:

“I have divorced him. If a man can divorce his wife that way, why can’t a woman? Don’t I have the same right? Am I less human than he is?”

Without financial support, Amreen lives at her parents’ home with her children and her sister, who was also divorced by triple talaq.

India is also one of the few countries where Muslims follow halala. This is where a divorced woman has to marry another man, consummate the marriage and divorce him before she can get back with her former husband. This, like triple talaq, has been criticised recently for allowing sham marriages which can lead to the abuse of vulnerable women. The BMMA’s survey into Islamic divorce also reviews the proportion of the female population who are “victim” to halala.

Confronted with multiple petitions, the leading one boldly titled ‘Quest for Equality vs Jamiat Uluma-i-Hind’, and the dissenting voices of Muslim groups, the judges do not have an easy decision to make. Until the court decides whether to outlaw the practice of triple talaq, the women’s rights and human rights groups have the satisfaction that such a drawn-out and bitter campaign is finally receiving the attention it deserves.

How not to make a meal of it: Heston Blumenthal’s amicable divorce
This site uses cookies. Find out more. Continued use of this site is deemed as consent.   CLOSE ✖