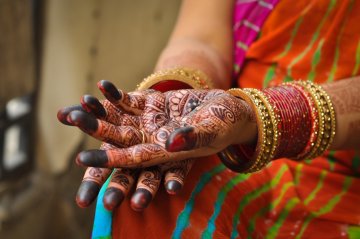 Yesterday, the Supreme Court of India ruled that the six-month ‘cooling-off’ period for Hindu couples seeking a divorce is not mandatory but directory. This will help couples who want to divorce ‘by mutual consent’ to separate sooner and settle into their new lives. The judges were presiding over a case concerning a Hindu couple who had lived separately for eight years and settled all financial issues and child arrangements and were looking to waive the six-month wait.

Under Section 13B of the Hindu Marriage Act 1955, couples have to wait a minimum of six months and a maximum of eighteen for the court to pass a decree dissolving the marriage. The premise of the delay is to offer couples a chance to reflect on their relationship and have the time to reconcile and withdraw their petition, hence it being referred to as the ‘cooling-off’ period.

At the Supreme Court in New Delhi, the bench of judges decided that, although every effort should be made to save a marriage:

“If there are no chances of reunion and there are chances of fresh rehabilitation, the court should not be powerless in enabling the parties to have a better option”.

This is on the condition that the couples have settled their differences relating to alimony and child custody among others. Judges Adarsh Goel and Uday U Lalit added that for many couples who are keen to get on with their new lives, “the waiting period will only prolong their agony”.

After the suggestion of the senior advocate, K V Vishwanathan, it was finally decided that Section 13B is “not mandatory but directory” and it will be up to the courts to exercise their discretion depending on the facts of each case. Hindu couples can now have their marriages terminated just a week after filing a petition. The lower courts have been instructed to speed up the divorce process if both spouses agree on the terms:

"The object of the provision is to enable the parties to dissolve a marriage by consent if the marriage has irretrievably broken down and to enable them to rehabilitate them as per available options. The amendment was inspired by the thought that forcible perpetuation of status of matrimony between unwilling partners did not serve any purpose”.

After this Supreme Court decision, the Hindu legislation surrounding petitioning for divorce remains the same. A petition can be filed at a district court but couples cannot seek a divorce until a year of marriage has passed. Grounds for divorce for both husband and wife are: continuous desertion for two or more years, cruelty, adultery, conversion to another religion, mental illness, leprosy, venereal disease and absence for seven years or more. In addition, women can file for divorce on the grounds of rape, sodomy, bestiality, if they were under 15 at the time of marriage or because their husband marries another woman.

This judgment is a very positive step forward for Hindu divorce law. The judges have recognised that constraining individuals to remain in an unhappy relationship against their will is more likely to lead to resentment than reconciliation. For those trapped in a loveless or abusive marriage, this decision will be welcome respite.

Bruce Forsyth’s £17million fortune expected to pass entirely to wife Wilnelia
This site uses cookies. Find out more. Continued use of this site is deemed as consent.   CLOSE ✖