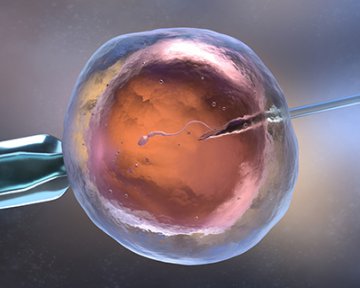 Hundreds of eggs, sperm samples and embryos have been left on ice since India’s surrogacy ban for foreigners. Last October the Indian Council of Medical Research instructed fertility experts not to provide services to foreigners, but it failed to specify what should be done with genetic materials if the surrogacy process had already begun.

Surrogacy expert Dr. Nayna Patel said, “It has been more than eight months, but we haven’t received any clarity from the government regarding the issue. This is traumatic for the couples whose eggs, embryos and sperm have been kept for an unlimited time.”

Dr. Patel has approximately 300 eggs, sperm samples and embryos frozen in her centre in Gujarat, reported the Deccan Chronicle. Her clinic was a hub of commercial surrogacy in India for ten years before the October ban prohibited much of her work.

Many of the surrogates Dr. Patel employed prayed that the clinic would stay open after the ban, reported The Guardian. Aasima, who carried a child for an American couple, received the equivalent of £40 per month and £4,000 upon delivery. She put the funds towards her own children’s education and wellbeing.

Now that foreigners are unable to pursue surrogacy in India, many willing women have lost the chance to provide for their families by carrying another couple’s child.

Hundreds of foreigners have also been stopped mid-process, unable to find a surrogate nor to bring their eggs, sperm or embryos back to their own countries.

“If an embryo has been created, it has potential life and shouldn’t be allowed to lie in a freezer for any amount of time,” said Dr Manish Banker, former president of the Indian Society For Assisted Reproduction. “There should be a process to utilise it.”

Spencer v Anderson: when paternity testing could be a matter of life and death
This site uses cookies. Find out more. Continued use of this site is deemed as consent.   CLOSE ✖