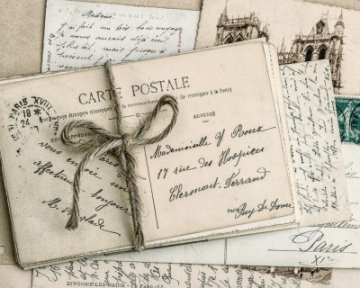 In the south Indian city of Hyderabad, a man who allegedly divorced his wife via postcard was arrested for "harassment and cheating", according to BBC News. Mohammed Haneef severed the marital bond just one week after his wedding by way of triple talaq, an Islamic practice which allows men to instantaneously divorce their wives by repeating the phrase ’talaq’ three times.

Aided by developments in communications technology, some men have found creative ways of pronouncing talaq—hitting the headlines for divorcing their spouses via Whatsapp, text message and over Facebook. By comparison, Mr Haneef%27s use of a postcard appears decidedly old-fashioned, though presumably no less distressing for his jilted bride, who filed a complaint with the local police which led to the arrest. But there%27s a twist in the tale; upon investigation officers found the marriage invalid because, according to Deputy Commissioner V Satyanarayana, the husband "did not have the right papers".

This was not the first marriage for either party, sub-inspector B Ramesh told the Times of India:

"He did not divorce the first wife. The victim was a divorcee and this was her second marriage. We are told that the original documents of the victim’s first divorce were not given at the time of her marriage to Haneef. We are probing all angles".

Having obtained legal advice, Mr Satyanarayana added that the authorities intend to cancel his bail and arrest him for rape, though it is unclear whether this charge is related to the marriage.

Talaq divorce is legal in India. Though the country’s constitution is secular, several ’personal laws’ exist with the aim of preserving religious freedom in family matters. The Muslim Personal Law is, accordingly, grounded in Islamic law. This case shows, however, that authorities could take punitive measures against those who choose this method of divorce under the Indian Penal Code, Section 498A of which prohibits "a husband or relative of husband of a woman subjecting her to cruelty." Hyderabad police are reportedly considering bringing such charges against a man who allegedly abandoned his wife and child in the city to return to Riyadh, before pronouncing talaq in a newspaper advertisement.

Due to the one-sided, unilateral nature of triple talaq, the practice is controversial, both in and out of religious circles. A 2015 study conducted by Muslim women’s rights group Bharatiya Muslim Mahila Andolan (BMMA) found that 92% of Muslim Indian women want to see talaq divorces banned. In October last year, it was widely reported that India’s Supreme Court could be close to abolishing these personal laws and replacing them with a uniform civil code. While some commentators have expressed concern that scrapping the personal laws could risk further marginalising Indian Muslims, others argue that such fears are misplaced. Last November, Muslim scholar Tufail Ahmad proposed a working draft UCC intended to prompt wider discussion on the proposal, released with the following statement:

"It is necessary to emphasize that the word ’uniform’ in the uniform civil code is not meant to homogenise the lifestyles and identities of Indian citizens but to ensure that certain fundamental rights to equality and liberty are protected for them by the Indian state."

Whether such a code will ultimately be introduced remains to be seen.

South Carolina judge rules that same-sex couple had common law marriage
This site uses cookies. Find out more. Continued use of this site is deemed as consent.   CLOSE ✖