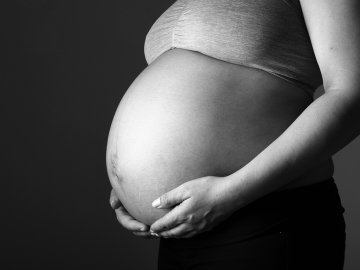 Earlier this month, India imposed a ban on foreigners paying local surrogates to carry their children. Commercial surrogacy is illegal in the UK and most other Western nations, which often pushes residents to seek surrogates abroad. India has been dubbed the ’surrogacy capital of the world’, boasting affordable cost, medical expertise, and a large pool of surrogates.

Commercial surrogacy is often criticized for taking advantage of women by using them as ’wombs for rent’ for more affluent families. The Indian Supreme Court claims the practice has ’evolved into surrogacy tourism’, and some doctors point to a concerning trend: that of couples using surrogates not out of necessity, but out of convenience.

The commercial surrogacy industry has an estimated worth of several hundred million pounds a year in India alone yet remains largely unregulated, with hundreds of fertility centres operating without registration.

Supporters of paid surrogacy point to the benefits: couples that may otherwise be unable to conceive are able to have children, while surrogates from impoverished backgrounds may use their fee to provide for themselves and their own children.

Hundreds of British couples use Indian surrogates every year, and will now have to find alternate arrangements. Surrogacy UK, a leading not-for-profit surrogacy organisation, is adamant that domestic surrogates should be the first choice for intended parents in the UK. They have called for urgent legal reform to surrogacy laws in order to make the process smoother.

In the UK, surrogacy is a matter of altruism over financial gain; surrogates are compensated for their expenses but cannot legally make a profit. Prospective parents can ask friends and family to carry their child, or attend socials set up by organizations such as Surrogacy UK in the hope that a potential surrogate will offer her aid.

A report released by Surrogacy UK advocates for the pre-authorisation of parental orders to help ease the uncertainty of the surrogacy process. They also assert that parental orders should be made available to single intended parents and to couples in cases where neither partner donated their gametes.

Surrogacy UK hopes that surrogacy law reform will encourage UK intended parents to use surrogates at home instead of going abroad to seek paid surrogates – a practice that is now banned in India, formerly its biggest proponent. "We must guard the principle of altruistic surrogacy in the UK", their report reads. "Surrogacy as a relationship, not a transaction".

Court of Protection access for public and media
This site uses cookies. Find out more. Continued use of this site is deemed as consent.   CLOSE ✖