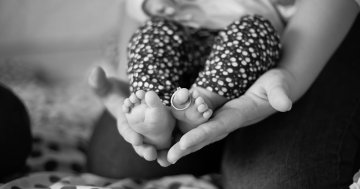 The Indian government has announced plans to ban commercial surrogacy for foreigners, instead making it an option only for Indian couples. If these plans are carried through, it will strike at the heart of a very profitable but controversial industry that draws in customers from all over the world.

This has been both a boon and a bane, however. While surrogacy can offer hope to infertile couples as a last resort in a desperate bid to become parents, there is widespread concern that surrogacy in general, and commercial surrogacy in particular, turns women into commodities in which they ’rent’ out their wombs.

Despite its profitability, the industry’s distinct lack of regulation led to a private petition going to the Indian Supreme Court, which promptly urged the Indian government to devise plans for regulation. The Supreme Court Justices Ranjan Gogoi and N V Ramana encouraged the government to address the issues and to take a holistic approach in doing so.

There are all sorts of pitfalls for the children produced by international surrogacy deals as well. Legislation varies greatly between jurisdictions and it’s easy to fall between the cracks when seeking to bring a surrogate child from one jurisdiction into another. The French Court of Cassation recently made a ruling on just such a case, where a surrogate child’s nationality was in question.

In England, commissioning parents must apply for a parental order in order to become a surrogate child’s parents. The recent case Re A and B showed what can happen when commissioning parents had attained parental responsibility in another country - and erroneously assumed they would have on return to England too.

India is not the first country to take legislative action against commercial surrogacy. Thailand did so just over a year ago in the wake of the much-publicised baby Gammy scandal.

India’s Solicitor General, Ranjit Kumar, has indicated that the regulation is likely to “require some time to bring the law in place”. The conversations being had across India on this subject also show a wide range of issues and opinions are still to be debated, so it may be a while before India has a concrete sense of where it’s going with commercial surrogacy.

Court of protection: who bought all the pies?
This site uses cookies. Find out more. Continued use of this site is deemed as consent.   CLOSE ✖