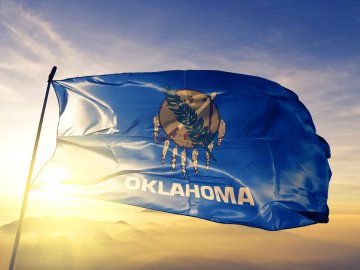 A new bill seeks to put an end to “incompatibility” as a ground for divorce in Oklahoma.

Incompatibility is one of eleven reasons for divorce granted by state law, and the only one that isn’t fault-based.

The incompatibility reason allows couples to file for divorce together, preparing a joint affidavit to prove that the marriage has irretrievably broken down. All the other lawful grounds for divorce require people to file a divorce petition giving evidence that their spouse is at fault and responsible for the breakdown of the marriage.

House Bill 1277, filed by Republican Travis Dunlap, passed the committee stage of proceedings 7-5 this Tuesday. The "Fairness in Fault Act," would prevent couples from filing for divorce based on incompatibility if their children were still minors, if they have been married for over ten years, or if one party contested the divorce.

As well as restricting access to no-fault proceedings, the proposed legislation would impose penalties on the party deemed responsible for the marital breakdown in fault-based divorce proceedings. The party at fault would be forced to pay for all of the other side’s legal costs and they would not be able to receive more than a quarter of the marital property.

The proposed legislation might broadly be seen as backwards step in the US, where no-fault divorce was introduced in 1970. New York’s 2010 no fault law made no-fault divorces available in every state and in 17 US states and the District of Columbia, you can only file for divorce on no-fault grounds.

The news has come on a week when no-fault divorce has been a talking point in the UK press. A recent contested divorce case awaiting judgment in the Court of Appeal turned the spotlight onto grounds for divorce in the UK. Vardags has been publicly calling for no-fault divorce to be brought to the UK.

The only ground for divorce in English law is irretrievable breakdown, but it has to be evidenced by one of five facts: adultery, unreasonable behaviour, two years separation with consent, five years seperation, or desertion.

Widespread media coverage as specialist divorce lawyer Ayesha Vardag calls for no-fault divorce
This site uses cookies. Find out more. Continued use of this site is deemed as consent.   CLOSE ✖