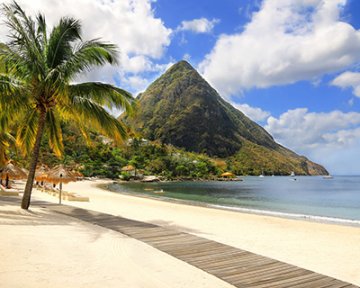 Britain’s Foreign Secretary Philip Hammond has raised concerns over the recent High Court judgment regarding a Saudi national’s claim for his diplomatic immunity to be upheld during divorce proceedings. The Foreign Secretary has stated that such a ruling could leave similarly placed British diplomats in vulnerable positions, with their immunity being likewise curtailed.

Mr Walid Al-Juffali, a Saudi national, became St Lucia’s representative for the UN’s ‘International Maritime Organisation,’ which deals with shipping regulations, taking effect from April 2015. As an international organisation, it has autonomy in its operation and legal position. Mr Al-Juffali was similarly granted diplomatic immunity from all legal proceedings in host countries when appointed a Permanent Representative for a Member State.

Mr Al-Jaffali claims that his diplomatic immunity should protect him from all legal proceedings, including a Part III maintenance claim brought by his ex-wife Christina Estrada in 2015. The High Court rejected Mr Juffali’s arguments, with Mr Justice Hayden stating he was “not prepared to accede to H’s request to strike out W’s Part III claim on his spurious assertion of diplomatic immunity" and that he had "sought and obtained a diplomatic appointment with the sole intention of defeating claims."

The UK is required to grant privileges and immunities to Permanent Representatives under both domestic law and various international laws including the International Maritime Organisation (Immunities and Privileges) Order 2002 (SI 2002/1826); the Headquarters Agreement between the UK and the IMO (amended) 1982 and notes 2002; and the UN Convention on the Privileges and Immunities of Specialised Agencies 1947.

In his judgment, Mr Justice Hayden sought to balance the privileges granted by immunity with Article 6 of the European Convention of Human Rights. Reviewing the proportionality of the husband’s role to what he gained in privileges was key to his analysis. At the time of judgment, Mr Justice Hayden stated that, although the husband held the position of Permanent Representative, “no functions have been discharged…there can remain only unjustified privilege or immunity linked solely to the private activities of an individual.” Therefore, he continued, “the policy considerations and the proportionality of restriction cannot be justified in Convention terms and cannot be said to pursue a legitimate claim sufficient to eclipse right of access to a court.” Thus, the wife is entitled to bring her claim for maintenance to the UK courts.

Ms Estrada lived in the UK throughout the marriage, and is a habitually resident here. Mr Juffali’s legal team stressed that he was a Saudi national, residing in the UK as the representative of St Lucia and therefore should not be subject to UK legal proceedings of any kind.

Mr Justice Hayden stated that Mr Al-Jaffali was not entitled to the “principle of immunity because he had not discharged any functions as a Permanent Representative and his appointment was an ‘artificial construct’ designed to defeat the jurisdiction of the court”.

Lord Dyson supported this view and went on to say that “the judge was entitled to conclude on the facts that H was not entitled to immunity because he is permanently resident in the UK and the claim does not relate to any official acts performed by H in the exercise of his functions.”

Mr Al-Jaffali’s now ex-wife Ms Estrada has filed in St Lucia to have the former’s appointment as the island’s representative declared invalid. The island nation’s opposition party, the ‘United Workers’ Party’ have demanded that the Prime Minister justify Mr Al-Juffali’s appointment as a diplomat given that he is not a citizen of the Caribbean island. They have claimed that the Saudi billionaire made investments to the government in support of infrastructure and various business ventures, which are yet to be utilised, in return for his appointment.

Chris Martin and Gwyneth Paltrow’s “wonderful separation-divorce”
This site uses cookies. Find out more. Continued use of this site is deemed as consent.   CLOSE ✖