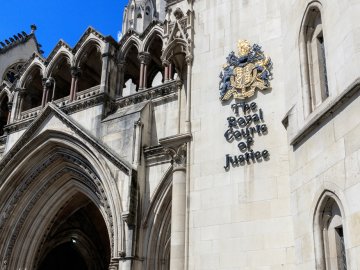 "An Englishman still remains at liberty at his death to dispose of his own property in whatever way he pleases". (Mr Justice Oliver in Re Coventry dec’d Ch 461)

The Court of Appeal has, however, just restricted this liberty in the case of Ilott v Mitson EWCA Civ 797, by agreeing to award a daughter a large portion of her mother’s estate, even though her mother did not leave her any money in her will.

Melita Jackson left her £486,000 estate to animal charities when she died in 2004. But after an eight-year court battle, her only daughter, Heather Ilott, 54, was granted a third of that money, on the grounds that her mother did not leave ’reasonable provision’ for her in the will.

Mrs Ilott is the only daughter of Mrs Jackson. Mrs Jackson’s relationship with her daughter broke down when Mrs Ilott eloped with Nicholas Ilott when she was seventeen. The couple went on to have five children, three of whom are now over eighteen.

Both parties had attempted to reconcile their differences, but the final falling out came when Mrs Ilott named her fifth child after her paternal grandmother, whom her mother did not like. Before her death in 2004, Mrs Jackson wrote in a letter accompanying the will: ’I can see no reason why my daughter should benefit in any way from my estate’.

Mrs Ilott challenged the will in 2007 under a right to ’reasonable provision’, which is contained in the 1975 Inheritance Act. It is normally used for young children who are left out of wills, but in 2011, Mrs Ilott won £50,000 from the estate before challenging for more money.

She lost in the High Court last year - but succeeded in the Court of Appeal yesterday. Lady Justice Arden awarded her £164,000 to allow her to buy her housing association home in Ware, Herts, with £20,000 left over to supplement her benefits.

The Court of Appeal ruled that Mrs Ilott would otherwise face a life of poverty, because she was on benefits, and could not afford to go on holiday or buy clothes for her children.

The fact that Mrs Jackson had little connection to the charities to which she left her money played a part in the ruling. In the judgment handed down yesterday Lady Justice Arden said Mrs Ilott’s mother had been "unreasonable, capricious and harsh”, and ruled Mrs Ilott should receive a greater proportion of the estate. The judgment can be read in full here.

It is possible that the RSPCA may appeal this case to the Supreme Court as they are so worried that wills may be challenged where they are named as beneficiaries.

Whether this case will curtail our liberty to leave our money as we see fit, and move us closer to forced heirship under Roman law, remains to be seen. However it is clear that if you are going to disinherit a child who would normally expect to inherit, you need to seek advice about how you explain your wishes, to avoid the possibility of your will being overturned.

Election promises on inheritance tax: £1 million tax free
This site uses cookies. Find out more. Continued use of this site is deemed as consent.   CLOSE ✖