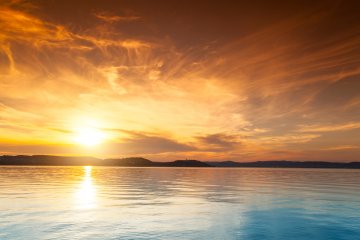 In B v P (Children’s Objections) the High Court denied a father’s application pursuant to the Child Abduction and Custody Act 1985 and the 1980 Hague Convention based on the children’s subjective fear of return to their country of habitual residence, established as a defense under Article 13 of the Hague Convention.

The father seeks the summary return of his two children to their jurisdiction of habitual residence of Hungary. It is uncontested that the removal of the children in November 2016 outside of the jurisdiction of Hungary was wrongful for the purposes of the 1980 Hague Convention.

The parents, B, the father and P, the mother married in 2008. They have two children, D, aged 12 and F, aged 11. Both children have a diagnosis of autism.

The mother alleges domestic abuse throughout their relationship, culminating in an incident on 13 September 2015, after which they separated.

The mother’s description of the event is as follows:

“… I ran from the bathroom but he followed me, grabbed me… The children were screaming and crying, trying to make him stop and trying to get between us. I started to scream because I was sure he was trying to kill me. B… shoved me across the room where I slashed my hand open on a carving knife… were distraught and crying uncontrollably. They thought they were going to see their mother murdered by their father."

The mother argues that this incident in particular caused the children such distress that they now object strongly to their return to Hungary and to return them despite these objections would expose them to psychological harm and place them in an intolerable situation. She is therefore defending against their return using Article 13 and Article 13(b) of the Hague Convention.

The father admits that an argument took place but denies he was trying to kill the mother or that the children believed this. He does not deny the children’s objections to returning, but claims that they were influenced by their mother. He denies that there is any risk of harm if the children were returned to the jurisdiction.

The law on the defense of “child’s objections” under Article 13 of the Convention is comprehensively set out in Re M (Republic of Ireland) (Child’s Objections).

An initial straightforward examination of whether the terms of the Convention are satisfied must be carried out. The child must object to the return and must have attained an age and degree of maturity at which it is appropriate to take account of his or her views.

Both D and F have passionately and forcefully voiced their objections to returning to Hungary and to contact with their father to Ms. Odze, their CAFCASS Officer, Mrs Jenkins, an expert child psychologist and during a meeting with His Lordship.

The objections of the children give rise to discretion of the court, where the child’s views are but one factor to take into account in the decision. The court can consider the strength of the child’s objections as well as how the objections seem to have come about in deciding the weight to give to them. In this case, the father said that the children had been influenced by the mother and did not actually witness the incident as they described.

Talking about the incident that took place on September 13, D said: “I was very scared that would indeed kill my Mum and I was crying.” F later said "I am very, very scared that my father will kill my mum.” Ms. Odze observed that the children’s fear was “tangible and real” and Mrs. Jenkins was of the “obvious” impression that the children were each describing an event that they had actually been present for and experienced first-hand. Mrs. Jenkins also pointed out that, as autistic children, D and F were far less likely than other children to be able to convincingly fake emotions or to be able to conceal attempts to encourage them to do so.

Having reviewed this evidence, the court used its discretion to refuse to order the return of the children. The children’s objections are both strong and consistent. Despite the fact that the CAFCASS officer considers both of the children’s maturity levels to be below that of a child of their age, since their diagnosis of autism is not accompanied by any intellectual impairment and the children are aged 11 and 12, this requirement has been fulfilled.

The judgment – harm or intolerability

The law on the defense of harm or intolerability under Article 13(b) of the Convention is set out in Re E (Children) (Abduction: Custody Appeal). Both the harm and the risk of that harm must be of their nature “grave” but seen in context. When the court considers whether a situation would be “intolerable” it considers whether it is “a situation which this particular child in these particular circumstances should not be expected to tolerate.” The diagnosis of autism doesn’t diminish the importance of the children’s objections; it augments the risks to their mental health if they were forced to return to the jurisdiction despite their fear and distress. In this case, Art 11(4) of BIIa applies, meaning the court cannot refuse to return the children to the jurisdiction based on the defense in Article 13(b) if the court believes the situation which the child will be in upon return can be made tolerable by any adequate protective measures.

The father has agreed to several undertakings to reduce the risk, including not to remove the children from the mother save for agreed contact. It was also confirmed that the mother may seek the assistance of the police in Hungary or may ask to be placed temporarily in a protected house. However, the mother contends that these were insufficient measures when she was living in Hungary and still are.

In Re S (A Child), the Supreme Court confirmed that in principle, anxieties not based on objective risk but of such intensity that they would, if the child was returned to the jurisdiction, cause the situation to become intolerable, were capable of forming the defense of harm under Article 13(b).

His Lordship notes that that case also established that where there is sufficient evidence for the court to draw conclusions as to objective reality, it is not important for the court to too closely examine the subjective. Here, he is of the opinion that there is enough evidence before the court for a prima facie case that the mother was the victim of domestic violence, including a particularly distressing incident on 13 September to which the children were witness. He also believes the incident has left the children with significant subjective fears – namely, that their father was trying to kill their mother and that he will try to do so if they returned to Hungary. This fear seems to persist irrespective of whether of not they will be in contact with the father. D has stated that “the first time felt safe… was on the airplane.” Since it is Hungary – a place where they believe “bad things happen” – that causes this level of anxiety, it is not an anxiety that can be assuaged by protective measures alone. His Lordship therefore distinguishes his position from the position of Lord Wilson in Re S in that he values both the objective and subjective realities from which spring the children’s anxieties.

The case asserts the importance of subjectivity in the defence of “children objections” in that the standard for the defence can be met even if the children’s objections are rooted in fears that are subjective in nature. This is especially so if there are circumstances that mean that the children’s fears may be harder to displace. The case also affirms the principle from Re S (A Child) that subjective fears can be instrumental in the defence of “harm” under the Article 13(b). When even purely subjective fears create intense anxieties, the court can and must consider the effect of these anxieties as being part of the situation upon return and whether or not it will be considered to be “intolerable” for the child in question.

M (A Child): Father blocks mother from taking children to family reunion back in Kurdistan
This site uses cookies. Find out more. Continued use of this site is deemed as consent.   CLOSE ✖