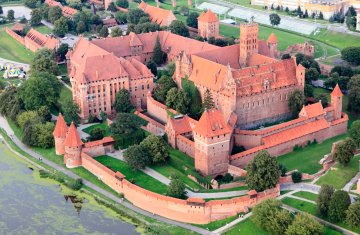 Last month, a chamber of eight officials of The European Court of Human Rights handed down judgment on the case of Oller Kaminska v Poland. The case concerns a mother’s successful complaint that her Article 8 rights had been breached after the Polish Court delayed in enforcing orders relating to international child abduction.

The daughter (A) was born in 2000 in Poland to two Polish nationals. The mother was married to the father at the time and also had a son from a previous relationship. In 2006 the family moved to Galway, Ireland to set up home there. After separating in January 2009, the father relocated to Poland and, in June of that year, he expressed his wish to take A on holiday to Poland. Worried that A might be at risk of abduction, the mother sought a declaration from the Ennis District Court under the Guardianship of Infants Act of 1964 to show that A was habitually resident in Ireland. After this was approved, A went on holiday to Poland in August. The father failed to return A at the end of the trip.

The back-and-forth between Ireland and Poland

On 15 September 2009, the Ennis District Court decided that the mother would be granted sole custody and that A’s residence would be Ireland. The father appealed the order but was dismissed by the Limerick Circuit Family Court. Also in September, the mother applied to the Polish Ministry of Justice (designated as the Central Authority under the Hague Convention) for assistance in returning her daughter. In October, the Malbork District Court heard the application and the father’s counterclaim and commissioned an expert from the Regional Family Consultation Centre. Using this professional opinion, on 18 December the Malbork District Court rejected the application on the basis that A had expressed her wish to remain in Poland and that returning her to Ireland would expose her to an ‘intolerable situation’. The mother appealed this decision but was dismissed by the Gdansk Regional Court in May 2010.

During this time the mother had made further steps to enforce the order of the Ennis District Court of 15 September 2009, starting with lodging an application in Ireland on 4 October to have A returned to her. On 15 October 2009, she then applied to the Polish authorities to enforce the order and on 18 November 2009 the mother requested that the proceedings be dealt more quickly and for the hearing to be rescheduled to an earlier date. The mother followed this up by lodging a request through the Irish Central Authority to have A brought back in November. In December 2009, the Gdansk Regional Court decided to enforce the Irish order, resulting in the father’s appeal. Finding that the Irish order was superseded by the Polish order of 18 December, the court allowed the appeal declaring the Irish order no longer enforceable in Poland. However, on 24 August 2011, the Supreme Court quashed this decision after the application lodged a cassation appeal, and remitted the case for re-examination. The Supreme Court explained that the provisions of Brussels II were binding and that the purpose of a ruling under the Hague Convention was to ensure the prompt return of a child to their country of habitual residence, not to decide on custody or parental responsibility.

On 28 August 2011, the Irish court-commissioned clinical psychological report was published after interviewing the child and both parents. The study revealed that the mother and father were both able to provide a stable and loving home environment for A, but it was important to acknowledge that A wanted to go to school in Poland. The psychologist thereby decided that the court should put firm arrangements in place for the child to live with the father during school terms and with her mother over holidays. The expert also advising that access should be carefully considered so that the father does not undermine his daughter’s confidence in her mother. Accordingly, on 11 September 2011, the High Court of Ireland delivered a judgment which superseded the original order of 15 September 2009. The court decided to grant joint custody but ordered the child to be returned to Ireland by 2 November 2011 where she should finish the school year before starting her education in Poland the following autumn. The father appealed this judgment without success.

Having been in correspondence from October 2011 to January 2012, the Irish Department of Justice, Equality and Law Reform eventually received a letter from the Polish Ministry of Justice informing them that the application to remove A from Poland was been sent to the Gdansk District Court that day. Two days later, the Irish courts urged the Polish authorities to execute the Irish custody decision of 9 September 2011. This was after they found out that the father had begun divorce proceedings involving custody matters.

In May, the Polish court-appointed guardian told the court that A wished to stay in Poland and have Skype contact regularly with her mother. She also disclosed that the stress from the parental conflict had led her to be taking antidepressant medication. The father explained that he was resisting the Irish court orders because of A’s psychological state. Despite this, on 28 June 2012, the Malbork District Court ordered A’s removal with immediate effect. The guardian made three attempts to find A at her home in July, but each time the house was empty. On 7 September the court discontinued proceedings for the compulsory execution of the Irish order of 9 September 2011 since the applicant’s demand that A returned to Ireland expired on 31 August 2012 when it was agreed that she would start school in Poland. On 26 September, the mother met A outside school and travelled back to Ireland with her. This prompted the father to start proceedings in the Polish courts in October to have A returned to him. In November 2012, the Gdansk Regional Court quashed the Malbork District Court order of 7 September declaring that the return order was still valid and the father’s application was dismissed in February. He appealed successfully, with the Gdansk Regional Court finding that A should reside with her father in Malbork.

Now back in Ireland, the mother applied to the High Court on 21 October 2012 for an order prohibiting anyone but herself removing A from the country without consent. After the father requested unsupervised contact by phone or Skype, the parties eventually reached an agreement in June 2013 whereby the mother would have sole custody of A for the following year and the father would visit his daughter in Ireland with strict time limits. A currently still resides in Ireland with her mother.

Meanwhile, divorce proceedings were ongoing. The father initiated divorce proceedings in the Gdansk District Court in July 2009 but, after the judge was informed of the simultaneous international child abduction proceedings, they were stayed. On 16 March 2011 the father applied for an interim order for A to stay with him during proceedings. This was granted to him in July, as the court considered A best settled in Poland. A divorce was granted on 30 October 2013, stating that the mother and father shared fault, but the court refused to decide on issues of custody and access owing to the continuing proceedings elsewhere.

The mother claimed that, since they had failed to swiftly reunite her with A despite two Irish court orders, the Polish courts had violated her right to respect for family life. Lodging her complaint to the European Court of Human Rights on 23 April 2012, she based her arguments on Articles 6 and 8 of the European Convention on Human Rights.

The Court agreed that it was necessary to look at Article 8 but the Polish Government objected to the admissibility of the case. Their reasons included the fact that the mother had kidnapped her daughter in September 2012, contrary to the best interests of the child, and had failed to comply with the six-month time-limit of her complaint. The mother argued that her application had been “truthful and sincere” and she had had formal custody rights over A when she took her from school, a fact that was supported by the Court. Other concerns addressed were not only the length of proceedings, but the way the Polish authorities handled the matter and whether the State can be said to have complied with its positive obligations under Article 8.

Having examined all the many efforts the mother had made to have A returned to her, the Court concluded that “the applicant did everything that could reasonably have been expected of her to exhaust the national channels of redress”. The Court also decided that the State’s positive obligation to take all measures that could reasonably be expected of them to enforce a decision was not absolute but must focus on the child’s welfare, as with all countries signatory to the Hague Convention. The Court accepted that the complications were partly due to the Irish and Polish courts reaching different conclusions as to what was in A’s best interests and the father’s obstructive behaviour.

The principle point under consideration was whether the Polish authorities took all the measures that they could reasonably have been expected to take in order to ensure the mother’s family rights. The Court reiterated that the essential point of Article 8 is to protect an individual against arbitrary action by public authorities and that the adequacy of a response is to be judged by the “swiftness of its implementation” and stressed that, in the context of the Hague Convention, any delay lasting more than six weeks can lead to a request for a statement of justification. Noting that there was no progress for six months after the Supreme Court’s judgement of 22 June 2010, the Court deemed there was no reason for the delay.

“The Court thus concludes that there was no enforcement of the judgment of 9 September 2012 for the first seven months and that it effectively took the Polish authorities over one year to decide that the Irish enforcement order was valid and enforceable. The application had no contact with her daughter during that time.”

The Court rejected the Government’s argument that the length of proceedings resulted solely from the complexity of the case and decided that the Polish authorities failed to act promptly enough to enforce the Irish orders as required under EU law. Accordingly, the Court deemed that there had been a violation of Article 8 of the Convention.

This case is a long-winded example of how tortuous international child abduction proceedings can be when both a Government and a family member are obstructive of enforcement orders. However, Oller Kaminska v Poland is also a much needed clarification on the relative simplicity of the law behind the Hague Convention and European Convention of Human Rights.