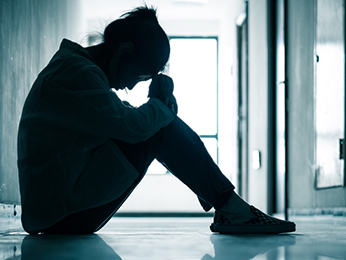 Mrs Justice Theis, sitting at the Royal Courts of Justice last Friday, ordered Kent County Council to pay costs and £17,500 in damages to a fourteen-year-old girl (‘K’) after it took three years to assess her needs.

The child, K, was placed into foster care in December 2011 under s.20 Children Act 1989 and with the mother’s consent. K had been living with her mother, her aunt, and younger sister at the family home, but K’s mother felt she was unable to cope with K’s care as she has personal mental health problems.

The local authority therefore had assessed K in April 2011 and parental responsibility was passed to the aunt. However, by December of that year the aunt informed the local authority that she was unable to continue looking after K, and she was taken into care.

Mrs Justice Theis was assessing whether a final care order should be made in respect to K, placing her in long-term foster care (which was approved by K’s mother and K’s appointed Guardian).

The issue in this case was whether there had been a breach of K’s human rights, in particular article 8 (the right to family life) and article 6 (the right to a fair trial).

In January 2012, shortly after K had entered the care system, an assessment was made, recommending K be referred to therapy, with the intention that she would eventually return to her birth family. The report stated that this would need to be ’updated’ in time. However, on 25 January 2012, Lenworth Clinic, who were to treat K, noted that ’no work will be undertaken with her until current foster placement would be confirmed for long term’.

Experts and K’s family agreed that K should be placed in long-term family care, especially when it was understood that she could not gain suitable therapy or the needed counselling until this was done. However, K spent the next 18-months in several temporary foster placements, which each broke down because of issues with K’s behaviour. In May 2012 a temporary foster home was unable to care for K after ’circumstances where her behaviour was so difficult the police had to be called’.

Throughout this period K received no emotional or psychological support, and the local authority made no attempts to initiate care proceedings or apply for parental responsibility of K.

Mrs Justice Theis considered that the “threshold criteria pursuant to s31 (2) CA1989 have been agreed. They focus on M’s mental health history which has led to her being unable to care for K. As a result K has been subjected to a high level of instability during her early years, spending significant periods being cared for by the wider family and the LA. K experienced inconsistent care from M causing K to suffer emotional neglect which caused her significant emotional harm”. As it would therefore not be outside the court’s jurisdiction to grant a Care Order in this case, Mrs Justice Theis granted a long-term care order to give K “the security and stability that her welfare clearly demands”, and give the local authority parental responsibility.

In relation to the deprivation of K’s human rights, the judge considered the judgment in the case of Re N (Children)(Adoption: Jurisdiction) , in which it was determined that a local authority that had delayed issuing proceedings for eight months had breached a child’s human rights. Similarly, in the case of Northampton CC v AS and others where the local authority acknowledged that delays were due largely to their own mismanagement of the case, Justice Keehan considered the time delay had significantly impacted on the child’s welfare, and was a breach of both the child’s article 8 and 6 rights.

In this instance, Mrs Justice Theis considered that the severe delay had had a significant impact upon K’s sense of security and stability, and was a clear breach of K’s human rights. Kent County Council had taken over three years to update an assessment of K’s needs and, with every subsequent breakdown of foster placements, K had been “unsupported”. In her judgment, Theis J emphasised the significance of the local authority’s failure to proceed with the legal process in either obtaining parental responsibility for the child, or seeking advice as to K’s legal position, saying:

The local authority accepted that delays were an inherent problem in the care system. However, Mrs Justice Theis did not consider their apology to have gone far enough:

What this does not acknowledge are the facts of this case; the unacceptable delay in issuing proceedings, the consequent uncertainty which increased the risk of placement breakdown and the failure to properly assess and support K.

The judge therefore considered that “an award of damages is necessary in this case” and awarded damages under s.3 HRA 1998 to K. Kent County Council are to pay £17,500 by way of damages, and were also ordered to pay K’s legal costs for the application, and for a hearing that was adjourned in March due to the local authority failing to supply relevant documents in time.

Redefining the traditional family: Lucy Liu’s gestational surrogacy
This site uses cookies. Find out more. Continued use of this site is deemed as consent.   CLOSE ✖