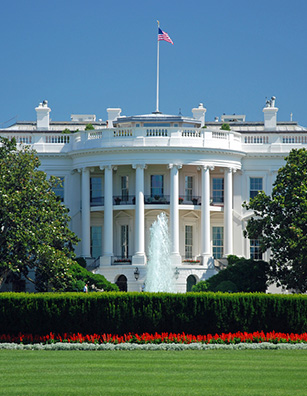 Vice Chair of Hillary Clinton’s 2016 election campaign Huma Abedin is set to divorce her estranged husband Anthony Weiner, after filing her petition at Manhattan Supreme Court last Friday. The pair had separated last year amid allegations that Mr Weiner, a former congressman, had been exchanging sexually explicit messages and photographs with a 15-year-old girl.

Mr Weiner’s political career began to implode in 2011, when he accidentally posted a lewd photograph of himself on Twitt, which he had intended, it transpired, to send privately to a female follower. Though he initially denied sending the photo, Mr Weiner subsequently came clean, confessing that he had engaged in several inappropriate relationships with women online and later resigning from Congress. This was followed by a second sexting scandal in 2013, during a failed attempt at a political comeback—his bid for Mayor of New York City.

Though Ms Abedin stood by her husband during the first two scandals, after it emerged last August that he had been sending sexually explicit messages to yet another woman, including one picture that showed his young son asleep in background, she announced her intention to separate from her husband. The next month brought the revelation that Mr Abedin had also been sexting a 15-year-old girl.

The ensuing investigation had severe ramifications for the Clinton presidential campaign, bringing to light new information regarding Ms Clinton%27s use of a personal server and email address for official correspondence. In May, the now-former director of the FBI James Comey revealed that Ms Clinton%27s emails were being forwarded to Mr Weiner by Huma Abedin, apparently "to print out for her".

On the same day Ms Abedin filed for divorce, Mr Weiner plead guilty to the charge of transferring obscene material to a minor, as part of a plea agreement. As a result, Mr Weiner will have to register as a sex offender and could face jail time.

The New York Post reports that Ms Abedin "originally filed for an uncontested divorce, but then soon amended her papers to say %27contested%27", meaning that her husband may be expected to disagree substantially with an aspect of the divorce, including the dissolution itself.

Ms Abedin has asked for the case to be kept under seal. Such requests are not uncommon in high profile divorces, particularly if there are children involved. In this case, the estranged couple share a five-year-old son, and the court will take into account his right to privacy in deciding whether aspects of the case can be made public. In New York, divorces are already subject to stringent privacy laws, with pleadings to a matrimonial action being automatically sealed for 100 years. However, as Ms Abedin has done, individuals can file an Anonymous v Anonymous action which, if obtained, ensures that the details of the case remain under wraps.

For now, it remains to be seen whether further details of the case will elude the public glare.

Dear diary: Could writing your divorce narrative improve cardiovascular health?
This site uses cookies. Find out more. Continued use of this site is deemed as consent.   CLOSE ✖