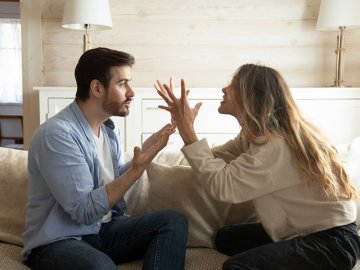 It is a common misconception that matters such as unreasonable behaviour and adultery constitute ‘grounds’ for divorce under English law. This is, subtly, semantically incorrect. In fact, pursuant to section 1(1) of the Matrimonial Causes Act 1973, the sole ground for divorce is that the marriage has broken down irretrievably. This is then proved by one of the ‘five facts’ provided for under s1(2) of the same act, namely:

(d) that the parties to the marriage have lived apart for a continuous period of at least two years immediately preceding the presentation of the petition and the respondent consents to a decree being granted; or

(e) that the parties to the marriage have lived apart for a continuous period of at least five years immediately preceding the presentation of the petition.

Given the waiting periods provided for under the facts at s1(2)(c) to (e), and the ill-feeling generated by accusations of adultery – which can culminate in the third party being named in and added as a party to the proceedings – unreasonable behaviour is by far the most common fact relied upon.

The level of behaviour deemed to be unreasonable is, however, far less extreme and far more subjective than might be supposed. In fact, the playwright Robert Anderson was not far off when he, admittedly pessimistically, wrote:

In every marriage more than a week old, there are grounds for divorce. The trick is to find and continue to find grounds for marriage.

Indeed, the challenge faced by divorce lawyers in putting together the statement of case documenting the unreasonable behaviour very often is convincing clients to select more neutral facts to rely upon.

In an era of increasingly collaborative divorce, and particularly in cases where the parties have children, the goal of ensuring the most amicable possible future relationship between the parties is not best served by including inflammatory statements within the petition.

It is good practice to include the first, worst and most recent instances of unreasonable behaviour, and practitioners will generally work with their clients to ensure the right balance is struck in identifying sufficiently serious incidents without setting an unnecessarily adversarial tone to a case from the outset.

In appropriate circumstances, and where there is no urgency or risk to the petitioner in waiting to issue the petition, the contents of the statement of case may even be agreed between the parties and their solicitors to ensure that the behaviour relied upon is not unnecessarily controversial or offensive.

Including extreme examples of behaviour is not only inflammatory but unnecessary in circumstances where the threshold necessary for a divorce petition to be processed by the English courts is very easily met. This trend appears to be replicated in various countries worldwide, as more and more spurious and bizarre examples of behaviour are cited by parties seeking divorce:

Whether the above highly objective examples of unreasonable behaviour would be sufficient to satisfy the English courts is questionable, but what is clear is that the courts are increasingly willing to recognise individual autonomy and the futility of rejecting petitions which will simply be redrafted or amended, further wasting time and costs for the parties as well as the overburdened courts.

The issue could, of course, be entirely resolved by the introduction of divorce on demand under English law, but the current position provides something of a compromise in circumstances where the political will to overhaul divorce law is, ostensibly, entirely lacking.

Thailand to outlaw commercial surrogacy
This site uses cookies. Find out more. Continued use of this site is deemed as consent.   CLOSE ✖