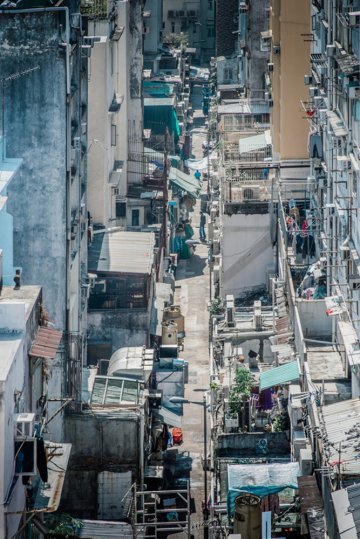 The rise of divorce in Hong Kong is pushing up property prices in an already sky-high housing market, local papers reported this week.

This year marked the seventh for which Hong Kong has been ranked the world’s most unaffordable.

The city’s notorious ’coffin homes’ have come to epitomize cramped living conditions in a city where housing shortages, low interest rates and fevered investment from cash-rich mainland developers have led to property prices nothing short of astronomical.

Another factor reportedly contributing to the crisis is that town planners had not anticipated is the increasing number of households split by divorce.

These fears echo a report published by a University of Hong Kong economists last year. Robert Wong and William Tsang warned that the housing shortages have been worsened by divorce rates that have nearly tripled since 1991, which in turn has aggravated demand for housing.

Relations with the mainland also come to bear. Wong notes the growing trend for cross-border marriages which has widened the pool of prospective partners for the Hong Kong Chinese. Growing integration with the mainland, he implies, facilitates divorce and remarriage.

Indeed he goes so far as to argue that the public rental housing program, which favours parents and married persons, incentivises divorce by encouraging unhappy couples or low income households to "initiate divorce and remarry across the border, where marital opportunities are relatively abundant".

A housing-crisis divorce phenomenon would not be totally novel, reminiscent as it is, of instances in China where couples have split to lower their household tax bills.

Neither is it set to change anytime soon. Mortgage lending curbs put in last month will be slow to take effect and until the government make more substantive efforts to ease the financial constraints on the private housing market, rents will remain sky high. If Mr Wong is to be believed, divorce rates will remain just as high along with them.

British pensioners passing up on matrimony
This site uses cookies. Find out more. Continued use of this site is deemed as consent.   CLOSE ✖