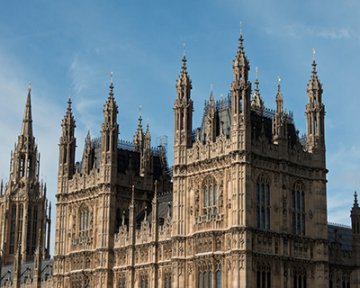 The House of Commons Library has published a research briefing paper which considers the current basis for divorce and arguments for and against the introduction of no-fault divorce in England & Wales.

At present, the only ground for divorce is that the marriage has ‘irretrievably broken down’. The court cannot hold that the marriage has broken down irretrievably unless the petitioner satisfies the court of one of five circumstances, of which three are fault based (adultery, behaviour and desertion). The remaining two relate to extensive periods of separation (two years if the parties consent to the divorce and five years if they don’t). The Office of National Statistics’ latest figures show that 62% of divorces were based on one of the fault-based circumstances.

Research carried out by YouGov for Resolution, published in June 2015, found that 52% of divorces were fault-based and that 27% of divorcing couples who asserted blame in their petition admitted that the allegations of fault were not true but just the easiest option to progress their divorce.

Part 2 of the Family Law Act 1996 would have introduced no-fault divorce and required parties to attend “information meetings” with a view to encouraging reconciliation where possible. The provisions were controversial at the time and in 2001, following a pilot scheme, the Government of the era concluded that the provisions were “unworkable”.

In the time that has passed since the relevant provisions in Part 2 of the Family Law Act 1996 was repealed, some members of the judiciary, the Family Mediation Taskforce and Resolution have all called for the introduction of no-fault divorce. Over the last two years, Baroness Hale, deputy president of the Supreme Court, has been outspoken about the need to introduce no-fault divorces so as to “reduce the cost and acrimony of marital splits”.

In 2015, Richard Bacon MP introduced a no-fault divorce Bill under the ten minute rule but that did not proceed any further. Most of the arguments against the introduction of a no-fault system often focus on the institution of marriage and that if it is perceived to be easier to get a divorce more marriages will breakdown.

Resolution proposes a new divorce procedure where one or both partners can give notice that the marriage has broken down irretrievable. There follows a six month waiting period and if after this passage of time either partner still feels divorce is the right option then the divorce is finalised. Resolution considers that this will remove the blame and increase the chances of success for non-court dispute resolution processes as it will immediately put both partners on a level footing. Furthermore, it will reduce the burden on the family court and help the Government meet their aim for more family matters to be resolved outside of the courts.

The House of Commons Review is a step in the right direction for no-fault divorce, which Vardags has long championed. However, there remains much to be achieved before it is drafted into legislation.

Courting publicity: managing PR and privacy in high profile divorces
This site uses cookies. Find out more. Continued use of this site is deemed as consent.   CLOSE ✖