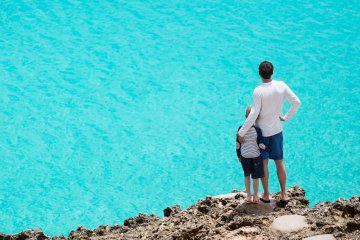 Yesterday, the House of Commons Library published a briefing paper titled ‘Children: surrogacy, and single people and parental orders (UK)’. The paper provides a helpful definition of what a parental order is, what the current law is surrounding them and how it may change. The remedial order aims to make it possible for single people, not just couples, to apply for parental orders.

Under UK law, the surrogate mother of a child (and her husband, should she have one) are automatically granted parental responsibility. The commissioning parents have to obtain a parental order from the family court in order to transfer legal parenthood and parental responsibility from the surrogate to themselves. The government’s Human Fertilisation and Embryology Authority states that the surrogate is the legal mother of the child, even if she is no genetic relation, but once a parental order has been made, she will have ‘no further rights or obligations to the child’. The child remains connected to their birth family only insofar as incest is concerned.

Crucially, under Section 54 of the Human Fertilisation and Embryology Act (HFEA) 2008, it is impossible for a single person to obtain legal parenthood of a surrogate child. Parental orders have to be made by two people: a husband and wife, civil partners, or two people living as partners. A single person can only gain parental responsibility for a surrogate child by adopting them, obtaining a child arrangements order or making the child a ward of court.

It was the case Z (A Child) which kickstarted the reconsideration of the terms of HFEA 2008. The case involved a single father who wished to make a parental order for his surrogate, and biological, child ‘Z’. The father called on the government’s principle of the ‘declaration of compatibility’, where every Bill is cross-referenced with the Human Rights Act 1998, to show that the HFEA 2008 was incompatible with the 2008 Act. In particular the father argued that Section 54 went against Article 8 (right to respect for private and family life) and Article 14 (prohibition of discrimination). The Department of Health responded to the case agreeing with the applicant: ‘this difference in treatment on the sole ground of the status of the commissioning parent as a single person versus being part of a couple, can no longer be justified within the meaning of Article 14’. In May 2016, Sir James Munby agreed to make an order including a declaration of incompatibility. In addition to this, in July 2017 Lord O’Shaughnessy, the Parliamentary Under-Secretary at the Department of Health, stated that the remedial order would allow for single people to apply for parental orders retrospectively.

In December 2016, the government confirmed that it would lay a remedial order to allow single people to apply for a parental order and bring the Human Fertilisation and Embryology Act into compliance with the European Convention on Human Rights. The remedial order was initially expected to be laid before parliament in early 2017, but now it is scheduled to be seen after the summer, as the House will return on 5th September.

To read the briefing paper in full, click here.

Shame-faced Scaramucci’s wife files for divorce
This site uses cookies. Find out more. Continued use of this site is deemed as consent.   CLOSE ✖