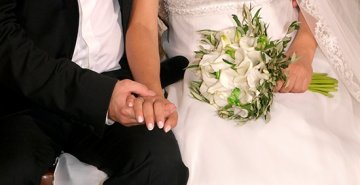 Immigration and Security Minister James Brokenshire has announced that the Home Office will be given new powers to tackle sham marriages. Among the changes will be the extension of the notice period for marriages and civil partnerships from 15 to 28 days.

During this period any proposed marriages or civil partnerships involving a non-EEA national with questionable immigration status in the UK can be referred to the Home Office by registrars. From this point, the Home Office will be able to extend the notice period from 28 to 70 days if they believe there is cause to investigate a sham marriage.

The changes come into effect in March 2015, and will affect all marriages and civil partnerships after that point. Couples intending to wed should allow at least 29 days notice before their planned wedding in order to comply with the new rules. British couples will of course not be at risk of being referred to the investigation scheme.

These reforms, which will be implemented under Part 4 of the Immigration Act 2014, come after some high profile scandals involving sham marriages. In summer 2013, a Yorkshire wedding was scuppered when the ‘bride’ couldn’t remember the groom’s name at the ceremony. Last month sham marriage organiser Audrone Siniciene was jailed at Cardiff Crown Court, with Judge Robert Craven expressing concern that: “It makes a mockery of the marriage ceremony. Using sham marriages to avoid immigration laws is an abuse of marriage – it devalues it.”

James Brokenshire confirmed that sham marriages for immigration purposes were indeed on the increase. He said: “In 2013-14, we intervened in more than 1,300 sham marriages – more than double that of the previous year.”

There have also been some fairly egregious blunders on the other side, however. In November 2013 a wedding between two Harrods workers, an Italian man and a Chinese woman, was raided by border police only to find, after questioning the couple for 30 minutes, that the marriage was apparently genuine.

In October 2014 an unusual, but related situation was revealed in the national press; this time in relation to sham divorces rather than marriages. A staggering 137 Italian couples were able, fraudulently, to petition for divorce in England after listing their home address as being a PO Box at Flat 201, 5 High Street, Maidenhead. The couples apparently wanted to eschew the Italian divorce process, which is notoriously long-winded and requires a period of formal separation, in favour of the English process.

The seven year itch is no more!
This site uses cookies. Find out more. Continued use of this site is deemed as consent.   CLOSE ✖