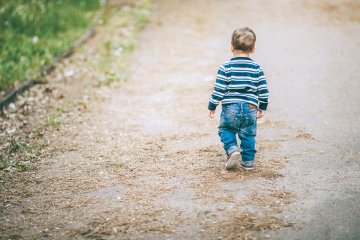 The Honourable Mr Justice Holman, sitting in the Manchester family court, has expressed the merit of using Facebook to ascertain the whereabouts of a birth parent in order to serve them notice of adoption proceedings.

The case concerned an application to adopt a four-year-old boy, the son of foreign nationals who were living in England at the time of his birth. In December 2015 an order was made placing the child in the care of the Manchester City Council, followed by a placement for adoption order. The Council placed the child with the present applicant for adoption in April 2016. When the birth father was notified of this person’s application to adopt the boy, he claimed that he had made significant changes in his lifestyle since when his child was taken into care. As a result, he issued an application pursuant to section 47950 of the Adoption and Children Act 2002 for leave to oppose the making of an adoption order. The leave was granted by His Honour Judge Butler on 16th December 2016. The whereabouts of the birth mother had been unsure for a long time. It was understood that she left the UK in 2016 after being released from prison. In August 2016, the social worker attempted to find her location through her homeland’s embassy but the search proved unsuccessful and since then no further attention was given to the matter. Mr Justice Holman heavily criticised this lack of effort to discover the mother’s whereabouts and restressed the guardian’s duty to ensure that there is proper service on the birth mother. He drew from section 141 of the statute where it specifies that a person must be notified of the date and place of a hearing and that, unless they wish to or the court requires, the person need not attend. In addition, Holman J quoted Rule 14.3 of the Family Procedure Rules 2010 and a footnote to rule 14.5 of the Family Court Practice 2016:

“It is fundamental to the making of an adoption order that the natural parent should be informed of the application; the requirement for service is mandatory and the court will be very reluctant to dispense with service on a natural parent.”

After citing these provisions, Holman J remarked: “Frankly, there has been almost total disregard of all the rules to which I have referred in the present case”. However, although the birth mother had not been notified formally of the proceedings, it emerged that the birth father’s current partner had spoken to her over the phone two days previously. This phone call confirmed that the birth mother had been totally unaware of the proceedings and also revealed that she thought that her son had been adopted long ago. On the day of the hearing, the birth father’s council, Mr Zimran Samuel, spoke to the birth mother twice over the phone and therefore obtained her postal and email address. The father’s partner, who is a national of where the mother is living, swore on the fact that she first made contact with the mother through Facebook. She explained to the court that she had made a simple Facebook search to find her then sent a message asking for her phone number. The local authority and guardian, however, are both suspicious of this account since the Facebook searches made on the day of the hearing did not identify the mother so easily. In defence, the father’s partner said that the mother had changed her Facebook name since their first phone call. The counsel for the child, Mr Arron Thomas, had initially thought that this method was strictly forbidden to CAFCASS guardians, but then corrected himself to explain that there is no rule against seeking to identify someone’s whereabouts for proceedings via Facebook. It was also confirmed that social workers, too, are free to do a Facebook search of this kind. On this point, Mr Justice Holman commented that, in the modern era, courts should not rule out the use of Facebook:

“I do not for one moment suggest that Facebook should be the first method used, but it does seem to be a useful tool in the armoury which can certainly be resorted to long before a conclusion is reached that it is impossible to locate the whereabouts of a birth parent”.

With great regret, Mr Justice Holman concluded that the hearing must be abandoned until the birth mother has been formally notified. He stressed the fact that the negligence in giving proper service on the birth mother will have a detrimental effect on her son. As the child has already become attached to the applicant, “the welfare of this child is indeed likely, if not bound, to be prejudiced by a further delay in resolution of this application”. Holman J stated that it is “very depressing” that problems locating and serving on a birth parent still occur despite all the statutory and rule changes. However, now that he has validated the use of Facebook in child adoption proceedings, hopefully more cases can be concluded without damaging delay in the future. To read the judgment in full, click here

Accusations of non-disclosure and indecent images cloud Lisa Marie Presley’s divorce
This site uses cookies. Find out more. Continued use of this site is deemed as consent.   CLOSE ✖