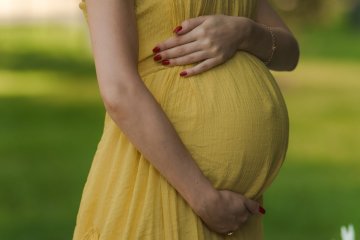 In 1985, the birth of ‘Baby Cotton’ came with a very different kind of fanfare than that usually enjoyed by the family of a newborn child. Instead, the birth of the UK’s first baby born via commercial surrogacy led to a public outcry, with surrogate mother Kim Cotton being accused of selling a child for the sake of new curtains. Public outrage in turn gave rise to the Surrogacy Arrangements Act 1985, and thus a whole new area of legal debate.

That Act specifically stated that surrogacy arrangements were "unenforceable" and banned both surrogacy taking place on a commercial basis and any advertising about surrogacy. Since then, there have been many developments surrounding surrogacy law. Crucially though, it remains the case, over 30 years later, that surrogacy for financial gain is prohibited in the UK; only compensation for the surrogate’s expenses is permitted.

Under s27 Human Fertilisation and Embryology Act 1990, the surrogate will automatically become the child’s legal mother upon birth. If she is married, her husband automatically becomes the legal father of the child. This gives these individuals parental responsibility for the child, completely irrespective of whether they are genetically connected to it themselves, or whether they want to be the legal parents. A commissioning couple and their surrogate can be in complete agreement and the baby could have already been handed over, but the surrogate will remain the legal mother.

Thankfully, the HFEA 1990 provided one of two mechanisms for getting around this stumbling block. One is adoption, the other, which we’ll look at in more detail now, is the parental order. Under the HFEA, as updated in 2008, there are several requirements that must be met before a parental order can be made. These include:

This left single parents with no option other than adoption. In a 2015 case where a single man who was biologically related to the child, this actually left him in the paradoxical situation of having to adopt his own child. Theis J highlighted that:

More recently, the HFEA rules on parental orders have been declared not just to lead to paradoxical situations, but to actually contravene the Human Rights Act 1998. In Re Z (A Child) (No 2) a single man who was the biological father of the child had successfully obtained an order extinguishing any parental rights of the surrogate mother in the US, where the surrogacy took place. However, he could not be classed as the legal father of the baby back home in the UK, purely because he was single. It was decided that this situation was an interference with his rights to a private and family life under the HRA. In response to the declaration, the government have sent a draft remedial order to Parliament and a change in the statute is likely to come about some time this year

Even with this change in the law which makes it easier for single people to become parents through surrogacy, it will remain the case that parental orders or adoption are necessary for commissioning parents to become the legal parents of the child.

Commercial surrogacy around the world

The role of surrogacy as a valid method of creating a family is becoming more widely recognised under the law in the UK. In 2017 the case of XX v Whittington Hospital Trust EWHC 2318 (QB) awarded damages to cover the expenses of producing two children via surrogacy to a woman who had suffered a total loss of fertility as a result of medical negligence. The judge took into account the reasonable likelihood that IVF and surrogacy would succeed before requiring the hospital trust to bear such a cost. In this way, surrogacy expenses have now become treated as a head of damages designed to put a claimant back in the position they would have been in had the negligence not occurred, just like traditional tortious damages. This shows a legal normalisation of surrogacy as a method of creating a family.

In the future, the Law Commission has promised to revisit the law of surrogacy as part of its 13th Programme of Law Reform, with a particular focus on the legal parentage of children born via surrogacy.

Court of Appeal affirms that in "an exceptional case", identity of optimal adopter can be considered in care proceedings
This site uses cookies. Find out more. Continued use of this site is deemed as consent.   CLOSE ✖