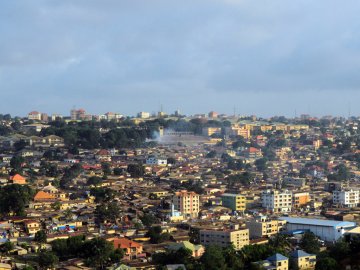 In recent years, the practice and problems caused by female genital mutilation (FGM) have become much more widely recognised amongst the public in the UK. Campaigners have been in the news recently for the honours received as a result of their work and legislation such as the Female Genital Mutilation Act 2003 has been designed to protect girls at risk. In addition, there is now a compulsory reporting system in place for regulated professions such as teaching and medicine.

Re Z (A Child) (FGMPO: Prevalence of FGM)

This case concerned whether a Female Genital Mutilation Protection Order (FGMPO) or a Prohibited Steps Order (PSO) ought to be made to protect Z, a six-year-old girl living in the UK, from the risk of FGM being carried out on her in Guinea. This required the consideration of three key issues:

i) the fact that UK law takes a strong stance against FGM and favours protecting against it;

ii) how likely it was that Z would be at risk of FGM in Guinea; and

iii) whether making one of the orders applied for would balance the benefit of protecting Z against any disadvantages of the order.

Z’s parents met in the UK, where the father (F) was a student, in 2004 and were married in Conakry in 2007. Since then the marriage had broken down; in the judge’s words, this was because the mother (M) experienced “domestic abuse and controlling and coercive behaviour” from F. M became increasingly worried as this behaviour intensified throughout her pregnancy with Z. She reported that F had wanted Z to have her ears pierced at two months old, in accordance with Guinean custom. M refused to allow this and also prevented Z and F being out alone together. The parents separated in 2013 and the following year a non-molestation order and a PSO were made. That PSO was discharged by F surrendering his passport to his solicitor and agreeing not to apply for any more travel documentation. In 2014 an occupation order was made, with the effect of excluding F from the family home and child custody arrangements were made. F was also ordered to undertake a domestic violence perpetrator’s programme (DVPP).

M became increasingly concerned about the risk to Z of FGM. Z was of dual heritage, which both raised the question of her being at risk of FGM and may have afforded her some degree of protection from it. The Honourable Ms Justice Russell DBE described M’s background and heritage as being “white English Christian”, whilst the F’s was “black African Muslim”. F was originally from Guinea’s Fulah community and was of the opinion that Z should, at some point, travel with him to Conakry in Guinea to meet his family and to gain first-hand experience of one half of her heritage. F told the court that he did not “advocate for females”.

The first issue: a protective stance against FGM

The judgment made it very clear that FGM must be protected against. The judge said:

“It is a matter of public policy that girls are to be protected against FGM and those that that carry out such mutilation or fail to protect a girl will be guilty of an offence under s72 of the Serious Crime Act 2015. In addition under s5 B inserted by s74 of the Serious Crime Act 2015, it has been mandatory since July 2015 for persons working in regulated professions to notify the police if it appears FGM has been carried out on a girl under the age of 18.”

Various campaigns have increased public awareness of FGM over recent years. The Home Office has taken a stand against FGM in the form of the Statement Opposing Female Genital Mutilation, designed to be accessible to the public and to be carried and produced as a shield in areas where FGM is prevalent.

FGMPOs, introduced to the Female Genital Mutilation Act 2003 by s73 Serious Crime Act, give the court the power to protect people at risk by using various restrictions, e.g. the surrender of passports. Under Schedule 2 Paragraph 1(2) FGMA 2003, the court must “have regard to all the circumstances, including the need to secure the health, safety and well-being of the girl to be protected”. The consequences of breach are serious - the offending party can go to jail for a maximum of five years.

Therefore, were Z at risk of FGM, it would be within the court’s power to take steps to prevent F taking her on any trips to Guinea.

The second issue: the risk of harm to Z

After speaking to an expert witness who had studied FGM while living in Guinea, the court found that among the Fulah community FGM is extremely widely practised. Although F asserted that he did not advocate for FGM, and also that his sisters had not been subjected to it (although this was not backed up by proper evidence), it was decided that Z would be at risk of FGM if she was present in Guinea with F. The judge said, “On the evidence before me … his claim about his family’s rejection of FGM, is a stance so unusual in Guinea that the contrary is likely to be true on the balance of probabilities”. Not only that, Z fell into the age group most at risk from FGM (the five to nine year bracket).

The judge felt that F simply could not be relied upon to protect Z from FGM once inside Guinea. F had previously told the court of his high-standing within his family and community. However the judge decided that given F’s tendency to put his own interests before Z’s (shown by his “inability to show insight into what Z needs in respect of child arrangements, as opposed to what he wants”) and to paint himself as a victim in the domestic violence matter meant that he would likely give in to family pressure to allow FGM in order to further his status. This was especially so given that FGM would be considered a family matter in Guinea, so any dispute between F and his family would be settled within the village or religious community rather than by law enforcement. Since the majority believe in FGM, he would lose and it was “more likely than not” that Z would suffer accordingly.

The third issue: did a FGMPO strike the right balance?

Before considering whether to issue a FGMPO, the judge noted that when M originally made applications to the Family Court in 2014, the law on FGMPOs had not yet come into force. In discussing what was in Z’s best interests, it was noted that there exists a presumption that applying the Children Act 1989 will require some involvement with both parents. However, the length of time spent together and the location of those meetings would be decided by the court.

The judge weighed Z’s lack of first-hand involvement with F’s heritage against the short and long-term harm of FGM. This harm was deemed considerable, whilst F had to some extent accepted that his child would have a low level of involvement with his heritage because he moved to the UK:

“Z is the child of an immigrant who is living in his adopted country rather than a child who has two home countries”.

It was also recognised that the imposition of the FGMPO in the form of preventing Z travelling to Guinea with F “is a restriction on F’s freedom of movement”. However, this was felt to be a balanced result because it struck a compromise between F being able to go to Guinea himself with the company of his choice and Z being kept safe.

Ultimately, Ms Justice Russell decided to make the FGMPO, preventing Z travelling abroad with F. Detailed child custody arrangements were set out and it was decided that when Z was staying with F, the latter would surrender his passport to M’s solicitors and M would bear the cost of this.

An order of the court preventing one party from harrassing or threatening the other. Breach of such an order is a criminal offence.

An order made by the court in children proceedings which restricts stops one parent from doing a specific act.
“Ayesha Vardag - Britain’s top divorce lawyer.”

Mistress battles property tycoon's widow at High Court claiming their 'adored' lovechild should not have been left out of his £2.5m will
This site uses cookies. Find out more. Continued use of this site is deemed as consent.   CLOSE ✖