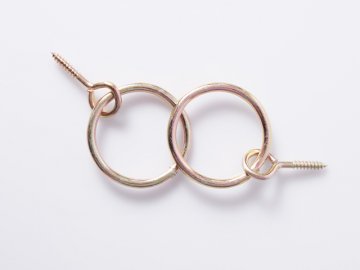 Six years after finalising the divorce settlement, a wife has returned to court following the discovery that her husband had failed to disclose millions during financial remedy proceedings. The husband, whose wealth comes from his family company Screwfix, had omitted his significant interest in two trusts.

Mr and Ms Goddard-Watts began living together in 1987 and married in 1996. They separated in 2009 after having three children together, now aged between 18 and 22. During divorce proceedings in 2010, the husband valued his assets at £14.26 million, taking into account his matrimonial home, pensions, business interests and assets in the Trusts, based on accounts from April 2008.

However, the trusts increased considerably in value since the 2010 settlement, bringing rise to the parties’ dispute over how to value the wife’s entitlement. The wife, arguing her award should reflect today’s value of the assets, sought more than £14 million. The husband said she was entitled to the value in 2010 plus 15 percent to compensate for the delay in pay-out, thus about £3.65 million in total.

The wife argued that:

The husband believed that anything more than their proposal would punish him improperly, and that the 2010 value of shares was “fair”. It was highlighted that the husband put considerable time and effort into building the company and its value since the divorce in 2010.

The judge held that the 2010 order was a fair division of disclosed assets, that the trusts were considered a discrete issue, and that a blank slate was not needed. Pursuant to Wilson LJ’s judgement in Kingdon v Kingdon EWCA Civ 1251, Mr Justice Moylan determined that the non-disclosure of the discrete assets will be awarded with the use of the sharing principle. The husband did benefit from access and use to the wife’s shares since 2010 but that does not justify an entitlement to added value. The uplift in value from 2010 to the present day is due to the husband’s continued hard work, not the product of marital endeavour.

The court awarded the wife half of the value of the husband’s interest in the trust in 2010, plus 15 percent to account for the delay in payment, £6.42 million in total.

High court judge rules in favour of husband who hid millions
This site uses cookies. Find out more. Continued use of this site is deemed as consent.   CLOSE ✖