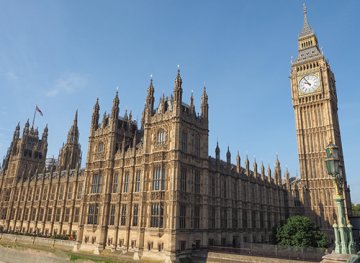 A bill to create equal civil partnerships has had its second reading in the House of Commons on the 2nd of February 2018. The bill deals with the right of opposite-sex couples to enter a civil partnership.

Tim Loughton, MP for East Worthing & Shoreham, sponsored the bill. Loughton supported what he called a “long overdue change” to legally recognize same sex partnerships back in 2004 and has since campaigned to extend the concept of civil partnerships to opposite sex couples. His bill forces Parliament to consider the unequal choices that mixed-sex and opposite-sex couples can now make regarding how to structure their relationship.

Since 2014, when same-sex marriage was first introduced, a same-sex couple can choose to enter either a marriage or a civil partnership. Opposite-sex couples, on the other hand, can only choose whether or not to get married. “There are 2.9 million cohabiting couples in the UK, around half with children, who for a variety of reasons choose not to get married,” Loughton pointed out.

Despite the fact that marriage and civil partnership actually differ little in terms of the rights they create legally, the institution of marriage and that of civil partnership have different histories. The Equal Civil Partnerships campaign believes that the expectations and cultural baggage of marriage can dissuade couples from getting married, leaving them legally and financially vulnerable. The campaign, who started a change.org petition which now has over 120,000 signatures, welcomed the news of the progress of the Bill. It expressed concern, however, at the fact that the government has taken care to leave open the option of addressing the inequality by getting rid of civil partnerships rather than opening them to opposite-sex couples. Michelle Donelan, a Conservative MP who favours this course of action, commented that civil partnerships were never intended to be an alternative to marriage, only a stepping stone towards full and legal same-sex marriage, which has now been achieved.

The bill will now be debated by Parliament and move on the Committee Stage in the House of Commons at a date yet to be announced.

Ant McPartlin may claim "genius" in divorce settlement
This site uses cookies. Find out more. Continued use of this site is deemed as consent.   CLOSE ✖