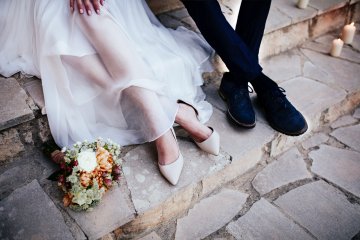 A new bill that could affect millions of couples in the UK has had its second reading in the House of Commons. If eventually passed, it could hugely increase the financial security of cohabiting opposite-sex couples, as well as offering them certain benefits that only their married counterparts currently receive. The number of cohabiting couples has doubled in the last 20 years and, contrary to popular belief, these couples do not receive those benefits under a so-called ‘common law marriage’ in the UK.

The Civil Partnerships, Marriages and Deaths (Registration Etc.) Bill 2017-19 was proposed by Tim Loughton MP and would give opposite-sex couples the opportunity to register their relationships as civil partnerships. This option has been open to same-sex couples since the Civil Partnership Act 2004 was enacted. Under the Marriage (Same-Sex Couples) Act 2013 same-sex couples in the UK also have the ability to marry. The battle for equality of marriage having now been won, this new bill aims to level the playing field regarding civil partnerships. It does so by mandating the secretary of state, at section two, to prepare “a report assessing how the law ought to be changed to bring about equality between same-sex couples and other couples in terms of their future ability or otherwise to form civil partnerships”.

The civil partnership may well have been created to allow some form of legal recognition of a relationship if marriage was barred to you, however it remains available independently. It is now being hailed as a desirable second option for all couples who aspire to having the financial benefits of being married, but dislike the idea of marriage itself (marriage being a more traditional concept believed by some to carry an undesirable history, with connotations of female oppression or religious aspects).

Royal London insurers estimate that the change could affect as many as 3.3 million people and could be worth billions of pounds to that group as a whole. This group consists of cohabiting couples who may wish to register a civil partnership.

The benefits that would be available to opposite-sex couples in a civil partnership under the new law are numerous. Some of the main benefits would be to give i) income tax breaks, ii) inheritance tax breaks and iii) the ability to benefit from the pension arrangement of a deceased partner.

Entering into a civil partnership would also mean that, should a couple separate, their assets would be divided in the same way as a married couple. Those who remain as cohabitants would find their assets subject to ordinary property laws, which rarely provide for the financially weaker party.

At present, married couples and civil partners can benefit from an income tax reduction of £230 across their household for the year. This comes about where one partner is earning below their tax-free personal allowance of £11500 and the other is earning above that, unless they are earning above the 40% tax threshold. The lower earning partner can transfer up to £1150 of their personal allowance to the higher earner, allowing £230 less tax to be deducted. These benefits would also apply to opposite-sex civil partners if the bill were to succeed.

Under the Inheritance Tax Act 1984 everyone can pass on an estate worth up to £325,000 tax-free. Any value above that rate will usually be taxed at a rate of 40%. However, when one married or civil partner passes away they can pass the entirety of their estate, no matter how large its value, to their partner without any inheritance tax being levied. If a home is gifted to a couple’s children or grandchildren the allowance is increased to £425,000. In addition, these couples can combine their remaining tax-free allowances so that when the second partner dies an estate worth a maximum total of £850,000 can be passed to their children or grandchildren without inheritance tax being imposed. Cohabiting couples do not automatically benefit from such provisions.

Under the new state pensions system implemented in 2016, pensioners will only be able to draw from their own contributions. Currently, however, the vast majority of pensions in the UK are governed by the old rules, whereby if one’s spouse or civil partner passes away the surviving partner can benefit in some way from the deceased’s pension. This can allow the surviving partner to gain up to £2500 a year for their personal use. Cohabiting couples could benefit from this if they are able to register as civil partners in future.

The extension of civil partnerships to heterosexual couples would allow greater autonomy—letting them into a legally recognised partnership even if they wish to eschew “marriage” for cultural reasons. This would allow opposite sex couples to enjoy the rights of marriage, without foisting unwelcome obligations on those who wish to remain as cohabitants.

It remains to be seen how many cohabiting couples will choose to enter into a civil partnership. For those who look for a more bespoke arrangement, cohabitation agreements allow couples to regulate their property affairs without bringing their relationship under England’s famously generous divorce laws. Such a decision does, however, come at the cost of some of the state mandated advantages of a formal relationship.

Jan 2 2020 update: related press can be found here as the story develops.

85% of parents with a family-based child maintenance arrangement say it works well
This site uses cookies. Find out more. Continued use of this site is deemed as consent.   CLOSE ✖