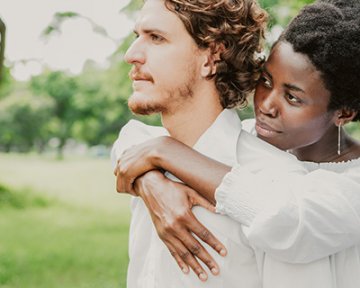 The couple behind the push for heterosexual civil partnerships have been dealt a blow by losing their challenge to the law in the High Court.

Academics Rebecca Steinfeld and Charles Keidan, who have been together since November 2010, had tried to enter into a civil partnership in 2014 but were told by Kensington and Chelsea Register Office that they were ineligible because such unions are only available to same-sex couples under section 3 of the Civil Partnership Act 2004.

Having campaigned for a change to the law via the online petition platform Change.org, a cause which has attracted over 36,000 signatures, the issue was raised politically back in April 2014, provoking a difference of opinion between Prime Minister David Cameron and then-deputy Nick Clegg. The former was opposed, with the latter being in favour of the change; the whole thing was then rather kyboshed.

There was then a private member’s bill put forward, sponsored by Conservative MP and former families minister Tim Loughton, seeking to amend the wording of the 2004 Act to exclude the term “same-sex”. This didn’t do well either. It was also the case that Tim Loughton MP, who has called the lack of civil partnerships for heterosexual couples a “glaring inequality”, actually voted against same-sex marriage twice in 2013.

Steinfeld and Keidan then launched their own legal challenge to their exclusion from the Civil Partnership Act 2004, having served notice of their intention to launch a judicial review on the local council, Kensington and Chelsea. They even partially crowdfunded this legal action. An analysis of the legal issues at stake by legal journalist wunderkind Joshua Rozenberg can be read here.

So what is this all about? What’s the difference between a marriage and a civil partnership? According to Guardian journalist Holly Baxter, a civil partnership strips away any ceremonial obligations from proceedings. In other words, couples are not forced to make specific promises to one another – as they would be even if they were having a non-religious marriage in a registry office – thus giving them far greater autonomy over their vows to each other. The couple would be able utterly to set the terms and parameters of their future relationship.

The couple’s aim is to be allowed to become legal partners, but not husband and wife. They want to avoid the patriarchal baggage that comes with traditional marriage.

There’s been plenty of opposition of course, since this mission began. Tom Utley in the Daily Mail uttered the words “Give me strength!” in response and suggested that the couple had come up with a “fake grievance.” There’s the aforementioned opposition from David Cameron, who, according to the Sunday Times, worried that the move would “undermine the sanctity of marriage and alienate many traditional Tory voters.”

Detractors have pointed to the fact that it’s basically just about semantics. It’s hard to argue with this, because it’s largely true. The fact that secular marriage exists does afford couples quite significant freedom when it comes to exercising their choices, so allowing them to get a slice of the civil partnership action could reasonably be construed as overkill.

That does not necessarily mean, however, that semantics are not important. But if we’re going to delve into semantics, there is also something problematic about heterosexual couples adopting the language of inequality and unfairness, when their same-sex counterparts have really had to fight hard for the right to have their relationships and commitments honoured in law.

If a heterosexual couple like Rebecca Steinfeld and Charles Keidan are demanding “equality”, it may seem a little perverse when they are fighting, essentially, for a legal status that many viewed as a kind of half-hearted halfway house for gay couples when marriage seemed just too far beyond the pale.

There is something to be said, however, about the weight of history when it comes to marriage. Although marriage has been an adaptable institution, it carries with it all the baggage of its previous guises. Marriage has been both diplomatic bargaining chip and meal ticket for life, a means of gaining and maintaining power through fortuitous alliances. It’s also historically been a patriarchal institution, there’s no denying that.

If forward-thinking male-female couples want to be able to make binding vows on their own terms, free of these kinds of associations, why should they not be? Even gay rights campaigner Peter Tatchell is in favour of extending civil partnerships to straight couples rather than just scrapping them, though he noted the irony that “For the first time in British history, same-sex couples have a legal advantage over opposite-sex couples.”

There’s scope for making a marriage your own and eschewing patriarchal norms in the way in which you live your married life, of course, but it’s harder than it looks. Let’s start with the wedding. It’s full of gender-specific traditions: from the act of being walked down the aisles and handed over to the white dress and, usually, the male-only speakers at the reception.

Then there’s the marriage itself. According to a study by the European Social Survey, women still perform 70 percent of all housework, and perform two thirds of it even when they work full time. So much for making marriage what you will: falling into gender roles seems to be difficult to avoid, despite the best of intentions. When it’s so hard for heterosexual couples to escape external expectations of marriage and its attendant roles, it puts pressure on the couple either to capitulate to them or to rebut them strongly. Either is an infringement of autonomy and equality.

The fact is that marriage itself is a paradox. On the one hand, it’s been a constant throughout history and exists in some form across most cultures. It’s undeniably steeped in tradition and is inherently conservative. On the other hand, it’s been consistently mutable; in the western world at least it is accepted that marriage will be a partnership of choice and it will be based on love, whereas historically it would be based on material matters or dynastic concerns.

Now we’ve legalised same-sex marriage and it has become an unstoppable wave of change that is sweeping across the world. Marriage manages to be both ancient and modern simultaneously. If history has taught us anything, it’s that marriage will continue to change. And now, given this upward momentum, it looks likely that other types of relationships will be joining its ranks – or rivalling it – in the future.

For more information about Rebecca Steinfeld and Charles Keidan’s campaign, you can visit their website here.

No-fault divorce bill delayed
This site uses cookies. Find out more. Continued use of this site is deemed as consent.   CLOSE ✖