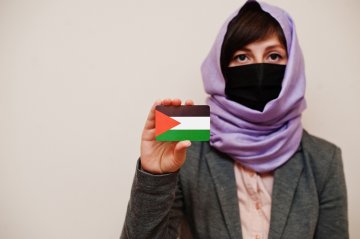 The Head of Palestinian Islamic Courts has told judges not to grant divorces over the period of Ramadan, because being deprived of food and cigarettes can “create problems” in relationships. In Palestine, just as in Israel and Lebanon, all divorce matters are dealt with by religious courts, in this case sharia.

On Sunday, Judge Mahmud al-Habbash said that the dawn-to-dusk abstinence, specifically of food and cigarettes (although sex is also impermissible), leads to short tempers and long grudges. When these things are forbidden, the judge said people are prone to make “quick and ill-considered decisions” which they regret once the month-long fast is over. He commented that his decision to ban divorce during Ramadan was based on his own “experience of previous years”.

Now judges will only preside over applications for divorce made after the end of Ramadan, when the sun sets on 24th June. The close of Ramadan, one of the Five Pillars of Islam, is celebrated with the festival of Eid al-Fitr, the first day of Shawwal in the Islamic calendar.

Family matters in Palestine such as marriage, divorce and child custody, are controlled by a complex mixture of personal status rules. As the policy on Palestinian Woman and Personal Status Law of 2012 explains, Muslims on the West Bank are governed by Jordanian Personal Status Law no 61 of 1976 and, in the Gaza Strip, the Egyptian Law of Family Rights of 1954 applies. Elements of both of these laws are seen to clash with the more modern decisions of the Palestinian National Authority, including the 2009 Presidential Decree which pledges the Convention on the Elimination of All Forms of Discrimination against Women (CEDAW).

Last year, in a move towards gender equality in divorce, the Sharia Court in Gaza ruled that husbands, like wives, can now file for divorce if victim to verbal or physical abuse by their spouse. Previously, if a wife proved abuse in court some of her rights were guaranteed, such as her bridal money. Now husbands, who initially could divorce their wives without needing to provide proof, are not obliged to repay the wife if they show they are victims of abuse. The decision was met with frustration by women’s groups who said it ignores the reality that Palestinian women still do not have the same rights of men in divorce, though men have now gained one more right.

By stopping short-term bickering turning into long-term bitterness, Judge Mahmud al-Habbash’s ruling may indeed save marriages. However, thought must also be given to those in abusive relationships who genuinely need to secure a divorce without delay. The deprivations of Ramadan may still be detrimental to the marriage but, in these cases, not even Eid will bring the necessary release.

DJ Mark Ronson’s model wife files for divorce
This site uses cookies. Find out more. Continued use of this site is deemed as consent.   CLOSE ✖