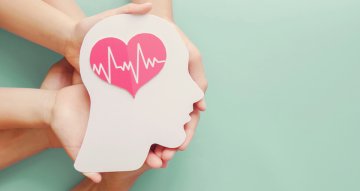 When determining the division of assets during financial proceedings, the courts assess the present and future needs of both parties as part of their considerations under section 25 of Matrimonial Causes Act 1973. HC v FW , a case brought before the High Court in November 2017, looked more closely at the assessment of needs where one party has complex disabilities.

Guidance for the judiciary on financial needs on divorce was published in June 2016. The justification for meeting needs through financial remedies was explained with reference to the overarching principle of ‘fairness’. The guidance asserts that marriage typically creates a relationship of interdependence and therefore, if resources permit, “it is generally right and fair that relationship generated needs should be met by the other party”. However, it is clear in the case of HC v FW that judges have the discretion to extend this even further so as to provide for parties with exceptional needs arising from complex health problems.

Whilst the husband in HC v FW initially engaged with the proceedings, his precise location was a “mystery” by the time of the final hearing before Cobb J in November 2017. The final hearing was therefore heard in his absence as the judge was satisfied that the husband had been given reasonable notice of the application and the hearing.

The couple, who were married in 2006, had enjoyed an “extraordinarily luxurious lifestyle”. The husband’s business was very successful and he had also inherited a “substantial” amount from his mother in 1997. The parties own nine properties in Singapore in joint names with a total value of £9.5m, whilst the wife herself owns several properties. They lived in “a series of suites in deluxe hotels” all over the world and spent much of their time in Singapore. Their days together “consisted of socialising, wining and dining, beauty treatments and luxury shopping” and they also had various members of staff.

Diagnosed with a brain tumour

In 2013, the wife was diagnosed with a large benign tumour on her brain. She underwent five operations within a few weeks but medical complications left the wife with “neurological and neuropsychological impairments”. She remained in Singapore for about a year but then moved to England to be closer to her son while she continued to recover. Initially, the husband supported her financially but this “petered out” and the wife alleged that he was “unsupportive” and “unsympathetic”. The husband denied that he “washed his hands” of any responsibility for his wife but provided no explanation for the lack of support. The couple then separated in 2015.

The wife’s capacity to litigate

When the divorce petition was issued in September 2015, the wife was assessed by a clinical psychologist and it was found that she was unable to demonstrate “even a baseline level of understanding” of the information relevant to the decision to instruct a solicitor with regards to the financial proceedings. It was established that she was unable to fulfil the understanding, retaining, and weighing components of the functionality test set out in section 3(1) of the Mental Capacity Act 2005. A litigation friend was therefore appointed for the wife for the directions appointment. The husband questioned this as he said that it was inconsistent to say that his wife has no capacity to litigate, yet she has capacity to grant a Lasting Power of Attorney and transfer property interests. In the current case Cobb J said that he was satisfied that the capacity assessment had been “properly undertaken” and that the finding that the wife does not have capacity to litigate is not “diminished or undermined” by her apparent capacity to make these other decisions mentioned by the husband.

The wife did not dispute the fact that the wealth was pre-acquired and it was therefore submitted that this case was based on the ‘needs’ of the wife. Cobb J valued the assets at £38million but rounded this up to £40million because of the husband’s “lack of transparency” and failure to fully disclose. Cobb J split his analysis of the wife’s needs into 2 parts: her general reasonable needs and her specific needs arising from her medical conditions.

Regarding the general needs, the section 25 factors which Cobb J felt had “particular resonance” were: the wife’s age of 64, the standard of living enjoyed during the marriage, and the financial positions of the respective parties. Against this, he considered the length of the marriage and also the source of the assets. Cobb J explained that it was “unarguable” that the wife has a “reasonable need” for a home in England that is geographically close to her son. In addition, he noted that the home in question would require some adaptation for the wife’s physical disabilities, which would cost £250,000. It was argued on the wife’s behalf that she also has a reasonable need for a second property in her home country of Singapore. Cobb J agreed that the wife should be able to “exercise the option to purchase her current home” which is a “reasonable” value and size and also in a good location. In addition, he felt that that the wife’s claim for a property in Singapore was also reasonable. Her general needs were assessed at £298,648 per year after all the evidence was considered.

The wife’s specific needs arising from her medical condition

The wife’s specific needs arising from her disabilities must be considered by the court, as mentioned in s25(2)(e) MCA 1973. Medical reports showed that the wife suffers from “a complex range of neurological conditions” and these have physical, emotional, and cognitive effects. Amongst many other conditions, she is in constant neuropathic pain, displays communication difficulties, and has a severely impaired memory. There were concerns that the wife is vulnerable to exploitation as she has “lost her ability to manage her personal, domestic and financial affairs” and her condition is unlikely to improve. She will therefore require “life-long care and support” of quite a skilled level for her conditions. It was assessed that the wife requires a support worker for 14 hours per day and that night care should be available for 6 weeks per year to cover periods of illness. When the wife becomes 70 she will require permanent night care. The two experts involved suggested a care budget of £250,745 per annum and this was accepted by Cobb J.

Overall, the judge awarded the wife £15,251,098, to be met from a combination of assets and cash payments. Following the judgment, a freezing injunction was made under section 37 MCA 1973 to prevent the husband from “disposing of, dealing with or diminishing the value of his assets”, which would reduce the value of the assets below the value of the wife’s award. Cobb J acknowledged that the case was “somewhat unusual” but it was a good opportunity to analyse ‘needs’ in an interesting context where one party has very complex physical disabilities.

You can read the judgment here.

The idea that both parties' needs should be catered for in a divorce settlement.
“Ayesha Vardag - Britain’s top divorce lawyer.”

Mothers told to contact their abusers for maintenance
This site uses cookies. Find out more. Continued use of this site is deemed as consent.   CLOSE ✖