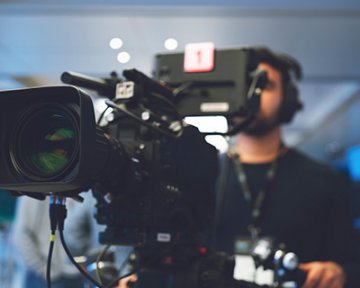 HBO has released the first teaser trailer for its new show Divorce, starring Sarah Jessica Parker – best known for playing Carrie Bradshaw in Sex in the City – and written by Sharon Horgan, who also worked on British comedies Pulling and Catastrophe. As the title would suggest, it centres a couple who are planning to end their marriage – but to what extent will this show actually reflect the realities of divorce?

At the moment all we have to go on is the teaser trailer and a few brief articles, but British viewers will certainly notice some irregularities in that US divorce law works slightly differently to the laws we have over here. In the US, no-fault divorces are an option, allowing partners to mutually agree that the marriage is not worth continuing, while in the UK when a party brings divorce proceedings they must prove irretrievable breakdown of marriage.

What might be more familiar is when Parker’s character, Frances, accuses her husband of having an emotional affair, something which he claims doesn’t count because it was “never physical.” While an emotional affair would not fall under adultery in either British or American divorce law, it can count as unreasonable behaviour.

But while Parker’s new series contains some themes those going through a divorce will find familiar, there are others that may prove decidedly alien. “This could be the greatest thing that has happened to us,” Frances says at one point during the new teaser trailer, “Now we can go back to just liking each other again.” Though the couple spend a great deal of time holding their middle fingers up at each other, it seems this could ultimately be a series about reconciliation rather than separation.

What’s not made clear in the trailer but has been reported by other news sources, is that it’s not Frances’s choice to divorce her husband – and no, it’s not his choice either. Parker’s character is talked into starting divorce proceedings by her two closest friends, according to InStyle. Despite it’s name, Divorce may well prove to be very different to the experiences of those whose marriages have actually ended, though we will have to wait until the series in out to know for sure.

HBO’s Divorce is set to air in America and the UK this autumn.

Dennis and Kimberly Quaid to divorce: third time lucky?
This site uses cookies. Find out more. Continued use of this site is deemed as consent.   CLOSE ✖