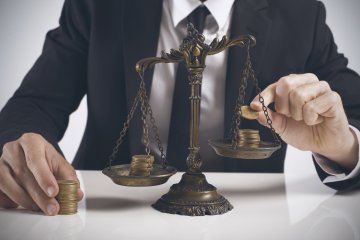 In Hart v Hart , the Court of Appeal has again reaffirmed that the parties’ needs is the fundamental factor when considering how much each should be awarded in an ancillary relief claim.

“If there are not enough assets to meet the financially weaker party’s needs, then the court will award them a portion of the other side’s pre-acquired wealth to ensure that those needs are met. Needs are always regarded as more important than protecting pre-acquired wealth and, in such a scenario, trump all else.”

While the case did begin to consider the issue of how non-marital assets should be dealt with in financial remedy proceedings, in this case the husband’s litigation misconduct and disclosure meant that the judge could not reliably calculate the value of his non-marital assets. Therefore, the court decided that they did not need to explore when, if ever, the sharing principle should apply to non-matrimonial assets, as it was not necessary here.

This case is useful insofar as it reaffirms that if needs can be met without using non-marital assets, the court will award the financially weaker party a sum to meet their needs only and no more. However, Moylan LJ said “The question of whether, if it is open for this court so to decide, the sharing principle only applies to matrimonial property must await another case”.

The facts of the case

The parties married in 1987 and separated in 2006, having cohabited for 23 years. By the time the couple met, the husband had already started developing his wealth in several different but overlapping business interests, including property development. At the time of the decision at first instance by HHJ Wildblood QC, the wife was 59 and the husband 80. The total assets in the case were £9.4 million, £1.64 million of which were held in joint names. £490,000 was held in the husband’s sole name, and £1.75 million were held in the wife’s name. The remaining £5.5 million, over half of the parties’ total wealth, was held in a trust. HHJ Wildblood QC held that all of the trust funds should be treated as resources available to the husband.

The decision at first instance

HHJ Wildblood QC found that there was in reality no difference between the needs figure and the ‘mingled assets’ approach and held this was the most principled and scientific of the awards.

Prior to the Court of Appeal case, the husband had already appealed HHJ Wildblood QC’s decision last year. He claimed that the initial award of £3.47 million to his ex-wife was unfair and ignored the fact that she was living with another man. His appeal was dismissed by Sir James Munby, President of the Family Division of the High Court, who found that the "presence of new partner in her life did not diminish her needs”.

At the time of the decision, Vardags Director Georgina Hamblin commented in The Telegraph:

“The Court of Appeal reaffirmed the well-established principle that all financial ‘needs’ must be met by the parties to a marriage and that these responsibilities cannot be shirked.”

The wife subsequently also sought to appeal the original decision on two grounds:

Providing the leading judgment, Moylan LJ dismissed both grounds of appeal. Considering the first, he said that the court is not required to adopt a formulaic approach set down in Jones in order to achieve consistency or guarantee a fair outcome. On the contrary, due to the husband’s litigation misconduct it was very difficult to establish exactly how much pre-marital wealth he had.

Furthermore, Moylan LJ said that the notion of property being marital or non-marital is in fact a legal construct. It must be remembered that an asset can be both matrimonial and non-matrimonial in its nature. When an asset is a combination of both types of property, it is artificial to seek such a sharp division - "the exercise is more of an art than a science". The court must undertake a detailed evidential enquiry and exercise ‘flexibility’ (advocated by Lord Nicholls and Lady Hale in Miller) when considering whether assets are marital or non-marital.

Moving on to consider the wife’s second ground of appeal, Moylan LJ held that the only reason for HHJ Wildblood QC’s consideration of the second two calculations, which formed a ‘tension’ with the former two, was because he felt compelled to try and adopt a formulaic approach. However, due to the lack of certainty over the origins of the wealth, the non-marital calculation was not reliable. Therefore, by undertaking a broad approach and considering the merits and pitfalls in the different calculations, the award could not be successfully challenged.

Read the judgment in full here.

The idea that both parties' needs should be catered for in a divorce settlement.

Non-matrimonial property refers to assets that were built up other than during the marriage.
“Ayesha Vardag - Britain’s top divorce lawyer.”

A glance at Lady Hale and her impact on family law
This site uses cookies. Find out more. Continued use of this site is deemed as consent.   CLOSE ✖