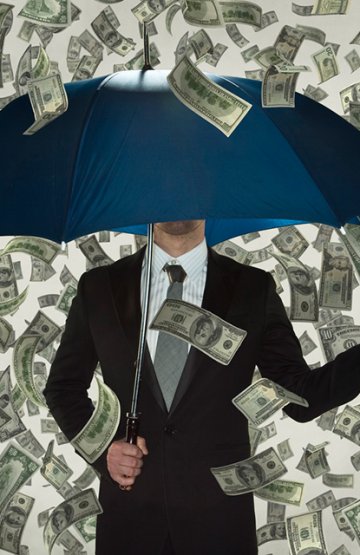 A couple of months ago, my colleague Cate Maguire reported on the Hamm v Hamm divorce case, then making its way through the Oklahoma courts. Judgment in that case has since been handed down, with the wife, Sue Ann Hamm, being awarded nearly $1 billion, or $995 million (£630 million) to be precise. This sounds like a lot of money – and indeed it’s one of the biggest settlements in US history – but considering her estranged husband, Continental Resources CEO Harold Hamm, is said to be worth an estimated $18-19 billion, Sue Ann is set to appeal.

Sue Ann’s lawyer, Ron Barber, claimed that the award was “not equitable.” While the amount that Mrs Hamm has been awarded will make her one of America’s richest women, it stands at only around 6% of the couple’s wealth. They were married for 26 years and have two daughters, Jane and Hillary.

Similarly to English law, Oklahoma considers marital assets to be subject to equitable distribution, but it also considers the extent to which the couple accumulated those marital assets due to their own skill and work. As the 68% of the firm’s shares that are in Harold Hamm’s name were acquired before the couple married, they belong to him; however, as they appreciated in value over the course of the marriage, it is their appreciation that is subject to equitable division. This case then required Judge Howard Haralson to consider the extent to which this appreciation was due to Mr Hamm’s own merit or to forces beyond his control, such as a rise in oil prices or technological developments. If the latter were true, less money would be considered viable for division.

Mrs Hamm’s legal team then had the unenviable role of trying to persuade the court that the wealth had been amassed through Mr Hamm’s expertise; essentially flattering him in order to get a larger share of the wealth added to the marital pot. Ultimately, Haralson has decided that the vast majority was attributable to external forces rather than Mr Hamm’s own work, thus minimising the share that could be awarded to Mrs Hamm.Continental Resources is an Oklahoma-based company that was an early pioneer of oil drilling in Bakken shale in North Dakota. The state of North Dakota is now the second biggest producer of oil in the United States, behind Texas. Sue Ann, a lawyer and economist, had previously worked for Continental Resources herself though she is not currently an employee there. The award she has been given means that Mr Hamm will not have to sell his shares in Capital Resources, thus allowing him to remain the controlling shareholder in the company. In order to secure the judgment, Haralson placed a lien on 20 million shares of the CEO’s Continental stock. However, shares in Continental have fallen 1.6 percent since the judgment was issued. Harold Hamm’s stake in Continental is currently valued at around $13.5 billion, down from the $19 billion he was reputedly worth before the nine week hearing. A little like Young v Young on this side of the Atlantic, which became colloquially known in some quarters as the ‘Brewster’s Millions’ case, some commentators have dubbed the arguments put forward by Mr Hamm’s lawyers – that his wealth is largely due to factors beyond his control – the ‘Jed Clampett’ defence. It’s a reference to the 1960s TV series The Beverly Hillbillies in which the father figure becomes rich by fluke when he discovers oil while out hunting.

Catherine of Aragon’s divorce letter comes to auction
This site uses cookies. Find out more. Continued use of this site is deemed as consent.   CLOSE ✖