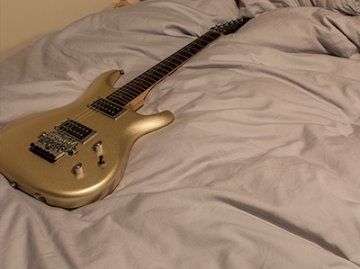 Musicians Gwen Stefani and Gavin Rossdale have reached a divorce settlement, with Rossdale receiving less than 50 percent of their riches. Stefani and Rossdale met while their bands, No Doubt and Bush, were on tour in 1995.

A source told People that Rossdale agreed to give Stefani the lion’s share of their financial assets and property.

They will split custody of their three children equally, and the Bush frontman did not ask for child support.

The couple announced their split in August, amidst claims of infidelity between Rossdale and their nanny. They had been married for 13 years.

As the couple did not have a prenuptial agreement, under California law both partners were entitled to 50 percent of assets acquired during the marriage. It’s unclear why Rossdale settled for less, but it seems that he didn’t fight for a large portion of Stefani’s earnings from concerts and record sales.

Stefani has since been dating Blake Shelton, her co-star on The Voice. Her latest album, This Is What the Truth Feels Like, was inspired by the end of her marriage as well as her budding romance with Shelton.

“It’s still painful,” said the former No Doubt front woman on Good Morning America. “I’m still looking at the pieces, going: what is happening? There’s so many great things, but it’s still super hard to have your family break up.”

She later told Mary J. Blige that she was the “happiest she’d ever been” on Real Talk. “I had a year that was so full of horror – the worst, worst. But at the same time, the greatest stuff as well”.

Rossdale is also focusing on his music, with a new Bush album in the works.

The settlement has been filed in California court and is pending a judge’s approval.

Marriage, divorce and millennials: China’s 'leftover women'
This site uses cookies. Find out more. Continued use of this site is deemed as consent.   CLOSE ✖