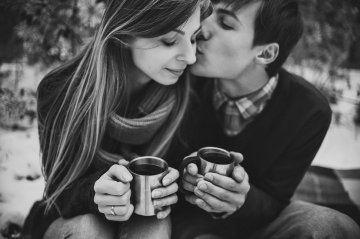 There is only one ground on which a petition for divorce may be filed at court by either spouse: that the marriage has broken down irretrievably.

The petitioner for the divorce must satisfy the court that the irretrievable breakdown of the marriage has occurred, and therefore must file for divorce on the basis of various rationales including:

A recent survey by Co-operative Legal Services analysed more than 5 million divorces from the 1970s to the present day. The results show that spouses are now half as likely to divorce on grounds of adultery as forty years ago.

Divorce petitions filed on the basis of ’unreasonable behaviour’ have shot up, from 28% in 1970 to almost 47%.

Conversely, in the 1970s, 29% of marriages ended as a result of adultery, but today this rationale results in just 15% of divorces.

It is important to note that adultery can be, and is in practice, used as one of the factors to establish the basis of a petition made for unreasonable behaviour. So, unfortunately, the statistics quoted above may not be indicative of a move in society to more monogamous relationships. Adultery within a marriage often occurs alongside other behaviours that can be cited as cause to enter a petition based on unreasonable behaviour – we could call it a kind of comorbidity.

Examples of unreasonable behaviours include, but are by no means limited to: verbal abuse, absence from the marital home, emotional distance from the other spouse, inappropriate relationships with individuals outside of the marriage, excessive consumption of alcohol, drug use, gambling, refusing to meet financial requirements of the marriage or refusing to disclose the marital finances.

In the circumstance that the petition for divorce could be filed on either the rationale of adultery or unreasonable behaviour, it is up to the individual petitioning to decide which to choose.

Many individuals choose to petition on the basis of unreasonable behaviour in order to avoid the need to set out the details of alleged adulterous conduct. If the other spouse will not admit that the adultery has taken place, it can be expensive, time-consuming and stressful to attempt to prove the adulterous behaviour.

However, it is often difficult for the other spouse to remain unmoved when they receive a list of the behaviours that their spouse has found unreasonable.

Catholics at odds with Catholic doctrine
This site uses cookies. Find out more. Continued use of this site is deemed as consent.   CLOSE ✖